The work of B.F. was first translated and published in Russia. Skinner "Beyond Freedom and Dignity"

At the beginning of 2016, a significant event took place in the book market of Russia: the Moscow Publishing House “Opera” published a book by B. F. Skinner “Beyond Freedom and Dignity”. For the first time, Russian-speaking readers had the opportunity to get acquainted with the ideas of one of the most interesting, ambiguous and, perhaps, the most influential psychologists of the past century. 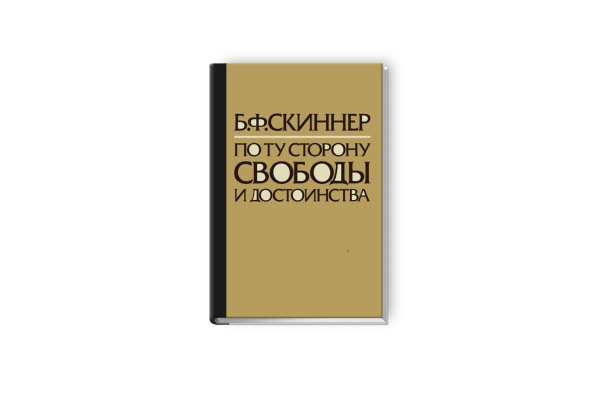 Freedom is better than unfreedom. To many this phrase seems quite obvious, but what if it is a common mistake, and by no means the truth? What if our whole worldview, built on the ideas of freedom and responsibility, is only a centuries-old error? What if modern democracy, just like the totalitarian societies of the past, is based on a human concept that does not correspond at all to a scientific approach? - says Margarita Olari, Executive Secretary of the Editorial Board of the Operand Publishing House. - This is the main idea of ​​the book “Beyond Freedom and Dignity”, written in 1971 by Burres Frederick Skinner.

The book caused a great public outcry and for 18 weeks was included in the New York Times bestseller list, which is very unusual for books of this genre. The reaction to the book was contradictory. On the one hand, they recognized its unconditional importance. Here’s what the Science News wrote about the book:

Burres Frederick Skinner is the most influential living psychologist, and the second, immediately after Freud, an outstanding psychologist of all time… And this alone should be enough reason to make “Beyond Freedom and Dignity”, a new book by Dr. Skinner, one of the most important events in the psychology of the 20th century.

And in one of the reviews published in the New York Times, they wrote the following:

No one will argue that the new book by B. F. Skinner, “Beyond Freedom and Dignity,” is of great importance. If you plan to read only one book per year, then perhaps you should choose it.

On the other hand, the book was mercilessly criticized. At one of the conferences devoted to Skinner’s ideas, the well-known in our country Zbigniew Brzezinski, speaking against Skinner’s behavior technology, cited the Soviet Union as a negative example of the political application of the theory of human nature. It is not surprising that after such a comparison, politicians also took up arms against this book, and representatives of the Kennedy clan, who had previously maintained relations with Skinner, hastened to stop contact with him, as if they had burned themselves.

Skinner created what later became known as "radical behaviorism." Behaviorism - and this word comes from the English “behavior" (behavior) - was to become a psychology, built on the model of physics and biology. Instead of a soul, a behaviorist, armed with the exact methods of the natural sciences, studied behavior. Almost immediately, a flurry of criticism from colleagues fell upon the behaviorists. The old classical psychology had many allies: religion, the state machine and the usual ideas of people about themselves went against the picture of the world order that behaviorism proposed.