For the first time, music was played in London, the author of which was Queen Anne Boleyn, who was executed 500 years ago.

LONDON. The ensemble "Alamire Choir" presented on the stage of the Sam Wanamaker Theater the musical compositions of Anna Boleyn. 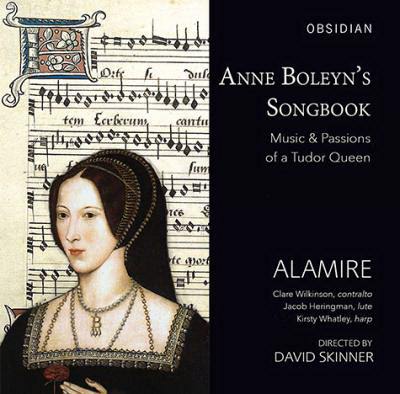 On September 14, 2015, London spectators were transported to the era of the loving tyrant Henry VIII. The ensemble "Alamire Choir" led by David Skinner (David Skinner) sounded music from the recently found songwriter Anna Boleyn. The consort queen paid for her inability to give birth to an heir to her husband. A beautiful, educated and multi-talented woman was dismissed and at the same time on the chopping block. This happened only three years after the birth of her daughter, the future Queen of England Elizabeth I, whose rule is considered the “Golden Age”, the period of the unprecedented heyday of the state. Anna’s talents were manifested in various fields, including music. This was evidenced by a leather-bound notebook discovered in the storerooms of the Royal College of Music. A striking example of the French Renaissance - 42 polyphonic compositions - were waiting in the wings for 500 years. The compilation includes scores created by Boleyn during her foreign voyages and in England itself. Some might have been created at the Tower while waiting for execution.

The musicologist, music researcher of the Tudor period, David Skinner, believes that the talented vocalists from "Alamire" succeeded in practically impossible. Demonstrate what an extraordinary personality Anna really was. Many compositions not only demonstrate the composer’s exceptional musical taste, but can also be attributed to Renaissance masterpieces. The main theme of the compositions is love. Virgin to child, wife to husband, chants about sorrows, disappointments and joys of worldly love. Skinner and Alamire were able to recreate the musical notations of the Middle Ages, demonstrate impressive authentic vocals.

Sam Wanamaker Theater is a Shakespeare’s Globe Theater, recreated after the fire of 1613. The reconstruction of the old building allowed to give London a platform designed for 1400 spectators. It was simply impossible to think of a better venue for such an evening.