Traveling on the 22nd trolleybus with Viktor Shenderovich

MOSCOW. A book of memoirs and an essay by Viktor Shenderovich with illustrations by Irina Litmanovich was published. 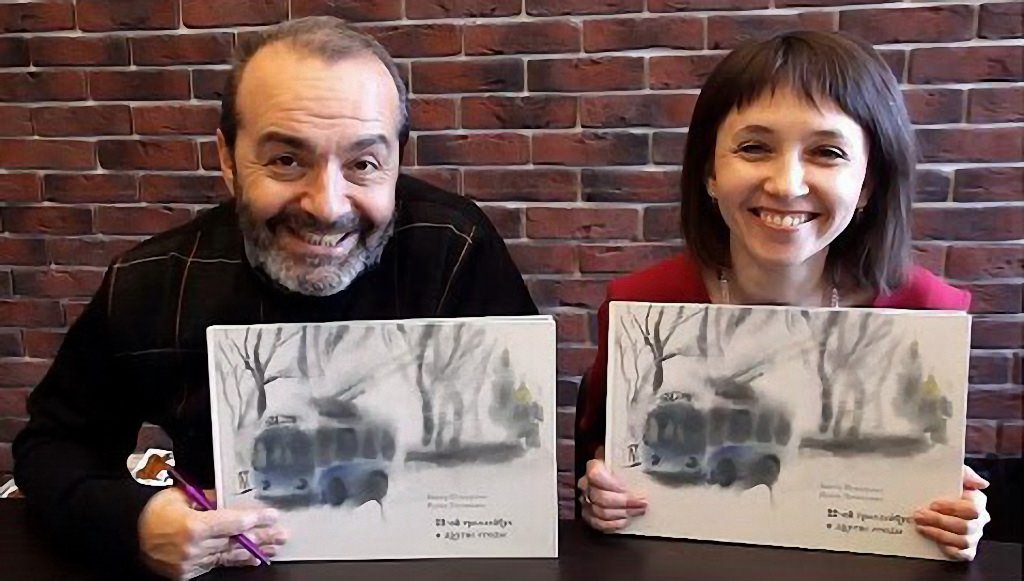 The phrase "God forbid you live in an era of change" is relevant in Russia at any time. In the present - especially. The speed with which intellectual space is transformed, having discovered an unprecedented ability to mimic, is staggering. And you wait only for a silent scene, general petrification, as in the final scene of Gogol’s “The Examiner”. And the subsequent total reboot, when white turns out to be white again, and black does not occur to anyone to riot in bright clothes.

The book “22nd trolleybus and other studies” is one of those that do not need a reboot. A collection of essays and memoirs by Viktor Shenderovich about friends, teachers, good people who are now alive or who lived at the same time as him - Gorin, Vejle, Volodin, Polunin, Gerdt - was created in collaboration with a wonderful animator Irina Litmanovich. Lovers of cinema are known for their paintings “Clouds of Handmade”, “Helom Customs”, “Home Romance”.

In the fabric of nostalgic narrative, cities and years are fancifully intertwined; one remarkable person delicately gives way to another. Gerdt, offering to get to know the signatory of the collective epistole against academician Sakharov. Painfully struggling with unfreedom Volodin. Generously endowing Peter Weil with his every minute happiness in life. Wandering around the world in his mobile universe Polunin. And amazing watercolors, on which beautiful traits appear and melt in the irrevocable distance of "friends." Like a dream escaping from consciousness or frames from an unreleased film, from which the heart aches and the soul brightens.