Diaries of the poet, artist and free man Pavel Zaltsman

MOSCOW. The diaries of Pavel Zaltsman are published.

The diaries and memoirs of Pavel Zaltsman "Shards of Shattered" - this is the third book of the publishing house "Aquarius", introducing the literary work of the famous artist, poet and writer. In 2011, the poetry collection The Last Judgment Signals was published. The 2012 edition includes short stories written in the middle of the last century, the Memento novel and the unfinished phantasmagoric novel Puppies. Over the last work, which is called one of the peaks of Russian literature of the last century, the author worked throughout his life. Memento - a piercing tale of war without stilted patriotism. The plot is also based on real stories, including the fate of the brothers Musician, who worked with Salzman at the Lenfilm film studio. One of them, a screenwriter and film director, died of a heart attack at the age of 34. 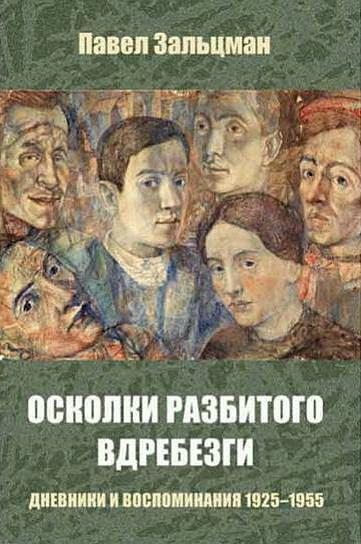 “Fragments”, as well as previous editions, help fill in information gaps, “underestimate” the multifacetedly gifted person, the last Oberiut, a student of Filonov, a member of the group “Masters of Analytical Art”. Salzmann’s literary heritage is a grand discovery for those who knew him only as a talented painter, graphic artist, and film artist. The general public was able to get acquainted with memories, stories, poems, novels, novels, the play Ordinamenti only in the XXI century.

People who knew him well talk about the loneliness and inner freedom of this person, incomprehensible in a totalitarian society. In one of his pre-war recordings, he complains about the lack of time for reading and creativity because of the daily routine work at the film studio, which allows not to starve to death. But the probability of joining the ranks of the glorifying, and therefore more well-fed and well-off, they never considered. All his life he remained outside the system, outside the united ranks, marching towards a brighter future, choosing for himself internal emigration. He worked ceaselessly, finding in this a salvation from loneliness and not hoping to see what was written "on the table" on paper.

Diary entries cover several periods. Odessa, family relocation to Leningrad, work on Lenfilm, the most difficult years of the blockade, which deprived Zaltsman of his parents. The evacuation together with Lenfilm employees to Kazakhstan in July 1942 saved him from hunger and repression. A German father, he would not have escaped the deportation of the German population of Leningrad and the Leningrad Region.

Evacuation turned out to be for him an indefinite link. Return to the Northern capital was prohibited. A maternal Jew, after the war he was not allowed to work during the struggle against cosmopolitanism. He worked at the Kazakhfilm studio, taught at local universities, was engaged in painting and literary creation. Here he died of a heart attack in December 1985.

The diaries break off on records relating to a trip to Leningrad in the mid-50s.