MOSCOW. Corpus publishing house published the book “Solar Substance” by Matvey Bronstein, a scientist and popularizer of science, who was shot in 1938. 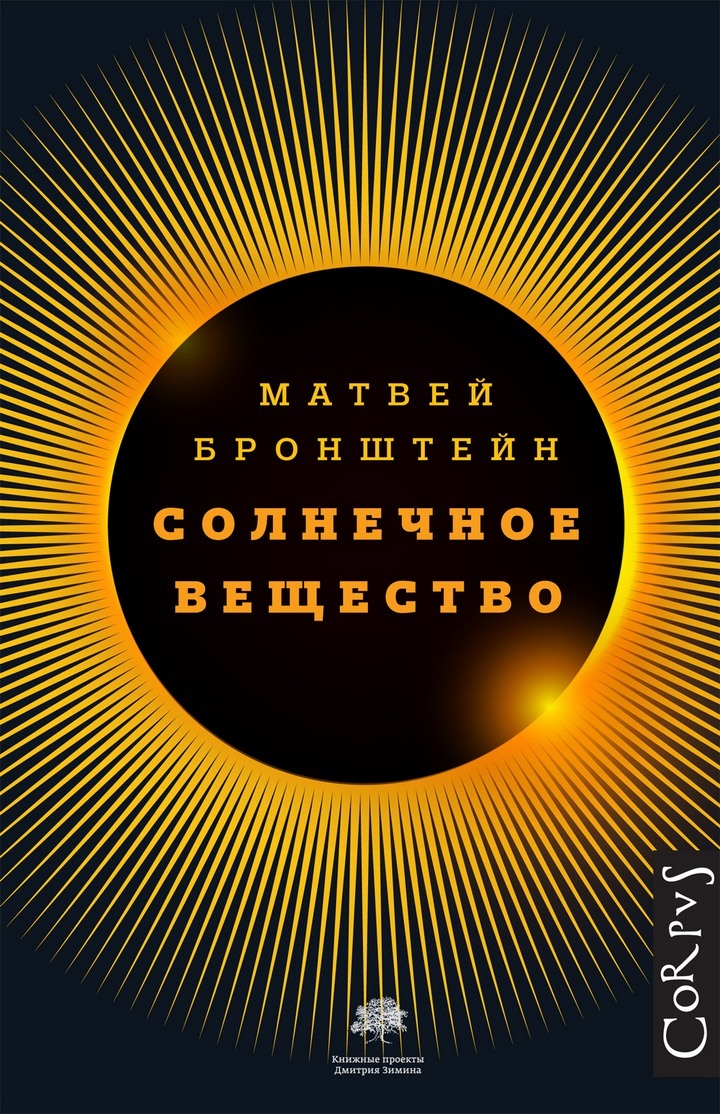 Friends called him “Abbot” because of the resemblance to the main character of Anatole France’s book “Queen’s Goose Tavern”. The master of science, a brilliant scholar, wit, abbot Jerome Quagnard even regretted on his deathbed books that would remain unread.

It was a thirst for knowledge that helped the sons of Peter and Fanya Bronstein to receive a decent secondary education, despite the humiliating percentage rate set for Jews when enrolling in gymnasiums and higher educational institutions. Books became their universities, for which wise, but not too wealthy parents spared no money. Brothers passed exams externally.

Even before entering the university, an exceptionally gifted young man, a member of the circle of physics lovers, publishes his first breakthrough articles on quantum physics. Several publications on the theory of the interaction of X-rays with matter appeared in the journal Zeitschrift für Physik. By the time he entered Leningrad University, 19-year-old Matvey Bronstein was an accomplished scientist who could enter into dialogue with the best physicists and astronomers on an equal footing. The formula he derived in his student years for the dependence of the surface temperature of a star on its effective temperature was called the “Hopf-Bronstein Ratio”.

His scientific career developed rapidly, discoveries followed one after another. By the age of 30, he had achieved a lot: a professor at two of the largest Leningrad universities, doctor of sciences, participant in the seminars of academician Ya. I. Frenkel, a young physicist unique in potential. Among his main achievements are the fundamental work on the quantization of gravity, the incompatibility of its classical and quantum theories, research in astrophysics, physical cosmology. The scientific value of his doctoral dissertation on the quantization of gravitational waves was exceptional, as it was supported by reliable physical results.

Bronstein turned out to be not only an outstanding scientist, but also a talented popularizer of science. His wife, Lidia Korneevna Chukovskaya, worked as an editor in Detgiz, Marshak’s beloved brainchild. Samuel Yakovlevich dreamed of a fundamentally new literature for the younger generation. Without molasses and false didactics, without indulgence, hypocrisy and edification. Children, Marshak believed, need not constant entertainment, but education. He wanted to bring to the creation of a new genre, a children’s science and art book, people who are able to talk about complex things clearly and fascinatingly. So Matvey Bronstein was in the team of Marshak. Dozens of talented writers and artists thrown overboard by zealots of ideological purity from adult literature found work and understanding in Detgiz.

Wonderful books appeared: “Inventors of wireless telegraph” about the discovery of Popov and Marconi, “Rays of X” about the invention of Wilhelm Conrad Roentgen, “Solar substance” about helium. Writers, scientists, and readers themselves spoke with equal enthusiasm about them.

In 1937, Gorky, the guardian angel of Detgiz, died (or was poisoned). Denunciations rained down, arrests and executions began. The execution sentence handed down to Bronstein was signed by a man behind whom there were three classes of a vocational school. Even in prison, waiting for a decision on his fate after his arrest, Bronstein told his cellmates about the secrets of the Universe and the laws of physics. The trial took place on February 18, 1938, the sentence was carried out on the same day.

The book “Solar Substance” published by Corpus publishes scientific and artistic works for children and the memoirs of Lydia Chukovskaya.