The value of human life, or the vaccine against homophobia

CANNES. The second most important award of the anniversary film festival was a film about AIDS patients.

Against the background of joyful reports of the well-deserved success of “Dislike” by Andrei Zvyagintsev and the ensuing discussions, information about the winner of the Grand Prix of the festival turned out to be somewhat obscured. Director Robin Campillo calls 120 battements par minute (120 beats per minute) the main film of his life, although behind him are the main prizes of the Portuguese Fantasporto 2005 for Les revenants, César 2009 ( "Cesar") for the best script for the film Entre les murs by Laurent Conte, prize "Horizons" of the Venice Festival 2013 for "Boys from the East" (Eastern Boys). 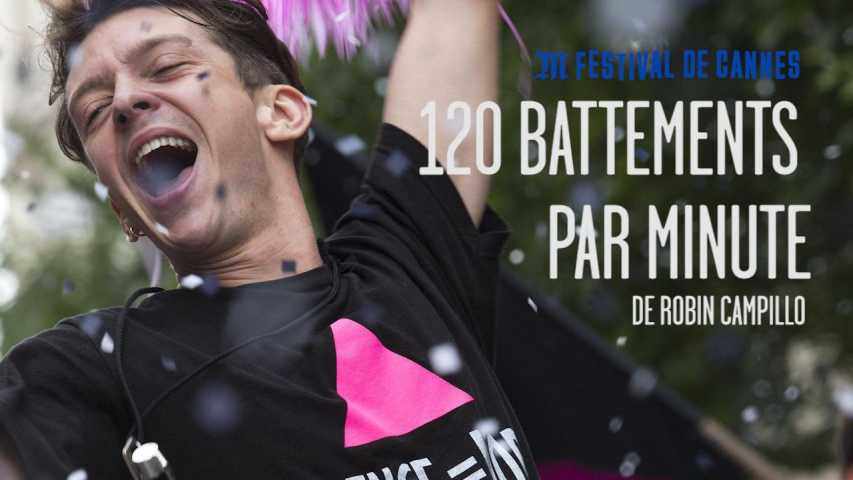 The plot of the film is partly autobiographical. About twenty years ago, Campillo was an activist in a public organization fighting for the rights of people living with HIV. Only in recent years has the terrible diagnosis ceased to be associated with the death sentence. Adequately selected course of treatment, the availability of necessary drugs can extend a full life for decades. A quarter of a century ago, at the height of the AIDS epidemic in the West, one could only dream of it. The pace of work on effective drugs was not commensurate with the scale of the impending catastrophe. People were dying, and society remained deaf to their calls, supplications and protests. One of the most famous groups that tried to reach out to those in power and money was the Act Up Paris (“Act”) organization. On the screen are its activists, seeking an immediate solution to the most acute problems, accusing society of inaction.

A frank conversation about the dramatic love of heroes with a non-traditional orientation without shocking and yellowness is an opportunity to convey an idea obvious to any Homo sapiens. The value of human life is not determined by how it corresponds to the ideas of a significant part of society about the norm, does not depend on the thickness of the wallet and an alternative perception of reality. For the Russian society, which did not manage to receive an effective vaccination against homophobia and rejection of “otherness” over the previous decades, this is more than a relevant message. Cannes was greeted with a standing ovation and tears.