From December 20 to January 15, the Crimean Theater for Young Spectators has prepared a rich program for its audience. 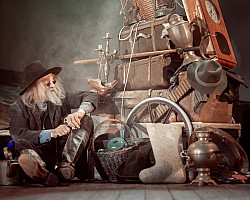 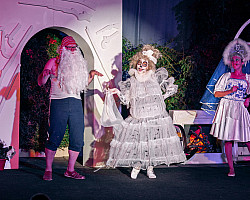 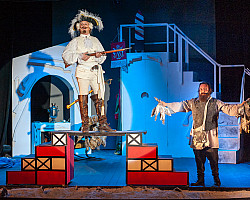 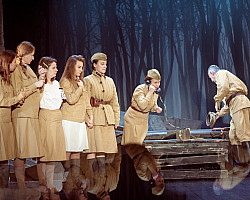 Little children (3+) and their parents are waiting for the musical performance "THE MOST FABULOUS CONCERT" with a dizzying kaleidoscope of songs from famous characters from favorite fairy tales, cartoons and performances: Cinderella and the Prince, Leopold the Cat, Peter Pan and Wendy, Baron Munchhausen, Old Woman, Shapoklya Basilio and Fox Alice, Turtle Tortilla and many, many others. And, of course, both small and adult spectators will receive congratulations from Grandfather Frost and Snow Maiden. Hurry up to make a wish!

Viewers older (6+) will be able to watch the comedy show "FOX BROTHER AND BROTHER RABBIT SHOW" based on the work of Joel Harris. The resourceful brother of the Rabbit and the hapless brother of the Fox are waiting for new adventures, dancing and filming a real TV show. Which of them will celebrate the victory this time, and who will never become a star?

Another premiere for children over six years old is "MUNCHHAUSEN". The plot of this storytelling is based on all the most famous adventures of the Baron: "Flight on the core", "Unusual deer", "Amazing hunt", "Mad fur coat", "Wolf harnessed to a sleigh", "In the stomach of a fish" and others. Moreover, a real dog plays in the play - the dachshund Nirma. And how he plays!

The theater has also prepared a number of performances for an older audience. The release of the military drama "THE DAWN IS HERE QUIET" (14+) based on the story of Boris Vasiliev is timed to coincide with the 75th anniversary of the Great Victory. This performance is suitable for family viewing and a serious conversation after it. Like the play "LETTER TO GOD" (16+) based on the story of the same name by Anatoly Crimea, it is a story about the human lot, boundless love, compassion, dignity and hope for fleeting happiness.

Ticket sales at the theater box office and online will open on 5 December.

Recall that in accordance with the requirements of clause 6-2 of the Decree of the Head of the Republic of Crimea "On the introduction of a high alert regime on the territory of the Republic of Crimea" (as amended on November 18, 2020, No. 353-U), cultural institutions are allowed to provide services from 20 December 2020 to January 15, 2021, subject to the sale of tickets up to 30% of the total number of seats, with the obligatory observance of the recommendations of Rospotrebnadzor.