PARIS. The portrait of the French king Henry III (1551-89), who disappeared from the Louvre during World War II, was auctioned in Paris last week. The work was immediately discovered by the curator of the Chateau de Blois thanks to an alert system based on automatic Internet search. Now the portrait will be returned to The louvre museum . 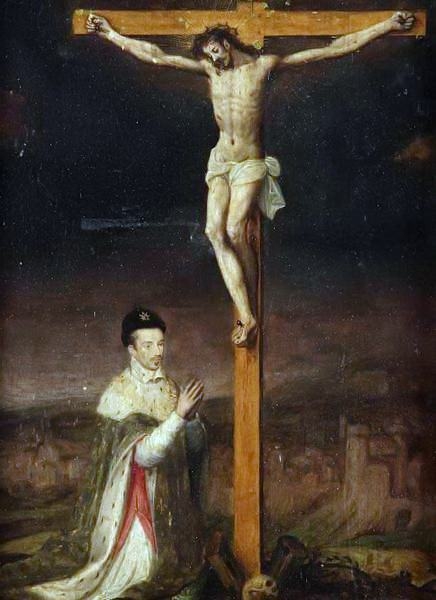 A small portrait depicting a praying Henry III valued at € 400- € 600 was to be sold last Friday, October 17, at an auction of antique paintings, furniture and art objects held by the Ader-Nordmann auction house at the Hôtel Drouot. The day before the auction, the assistant curator of the Chateau de Blois, Pierre-Gilles Giralt, who managed in 2010 an exhibition entitled “Holidays and crimes of the Renaissance at the court of Henry III,” was notified of the sale, with the keyword “alter” on the site, specializing in public bidding. Giralt knew that such work once belonged to the Louvre, but was lost during World War II. Thinking that he had found a copy of the same period, the curator contacted the Louvre, whose specialists conducted a survey of the work and came to the conclusion that this is the lost original.

The portrait, painted in oil on a wooden panel, dates from the late 16th century and is an important part of royal iconography. Portraits of Henry III painted during his lifetime are rare, and even more so in this form. Unlike images of court life, this image testifies to royal piety at a time when France was at the peak of religious wars.

Now the portrait of the French monarch is withdrawn from sale and will soon be transferred to the Louvre collection. In gratitude to the attentive curators, representatives of the Louvre promised to provide work for the exposition in the Chateau de Blois.