Louvre canceled Jeff Koons exhibition due to lack of money

PARIS. The exhibition of large-scale sculptures by American artist Jeff Koons (Jeff Koons), which was supposed to open in the Louvre, is canceled. The reason is very prosaic - lack of money. The exhibition was to accompany a large-scale retrospective of the most expensive of the artists living now in the Center Pompidou, which will last until April 27. 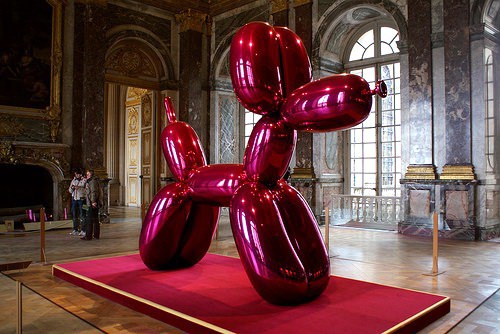 It was assumed that in the gallery of the XIX century in the Louvre will be presented one of the most popular series of the artist’s "Balloons": Balloon Rabbit, Balloon Swan and Balloon Monkey. In November 2013, a fourth sculpture from the Balloon Dog series was sold at Christie’s in New York for $ 38.8 million. Thus, it became the most expensive work of the artist ever sold through open bidding.

These are not the first accusations of plagiarism against the pop art artist, in 1992 he already lost one lawsuit on a similar charge.