At the Prado Museum, the blind can touch the masterpieces

MADRID. Usually, visitors to the Prado Museum (Museo del Prado) cannot come closer to the paintings than at arm’s length. But recently, a completely ordinary Spaniard, Jose Pedro González, got the opportunity to slide his fingers over one of El Greco’s most famous paintings, The Nobleman With His Hand on His Chest. How did this become possible?

The work, of course, was a copy. But even more surprisingly, the copy was made in three dimensions, and Mr. Gonzalez, who had the opportunity to examine the exhibit with his hands, was blind. “It’s an incredible feeling,” the Spaniard shares. “I can feel this picture down to the smallest detail.”

A small but very unusual exhibition, “Touch of the Prado,” is designed to give blind and visually impaired visitors the opportunity to create a mental image of a particular art object. The exposition, which will run on June 28, occupies a side passage to the museum, next to the room where the main masterpiece of the exhibition is located - a volume copy of Mona Lisa. In total, six 3-D copies of famous masterpieces of painting are presented: Goya’s painting “The Umbrella” (The Parasol), still life of van der Hamen, “Apollo in the Forge of Vulcan” by Velazquez and Correggio painting from the series "Christ Meets Mary Magdalene." 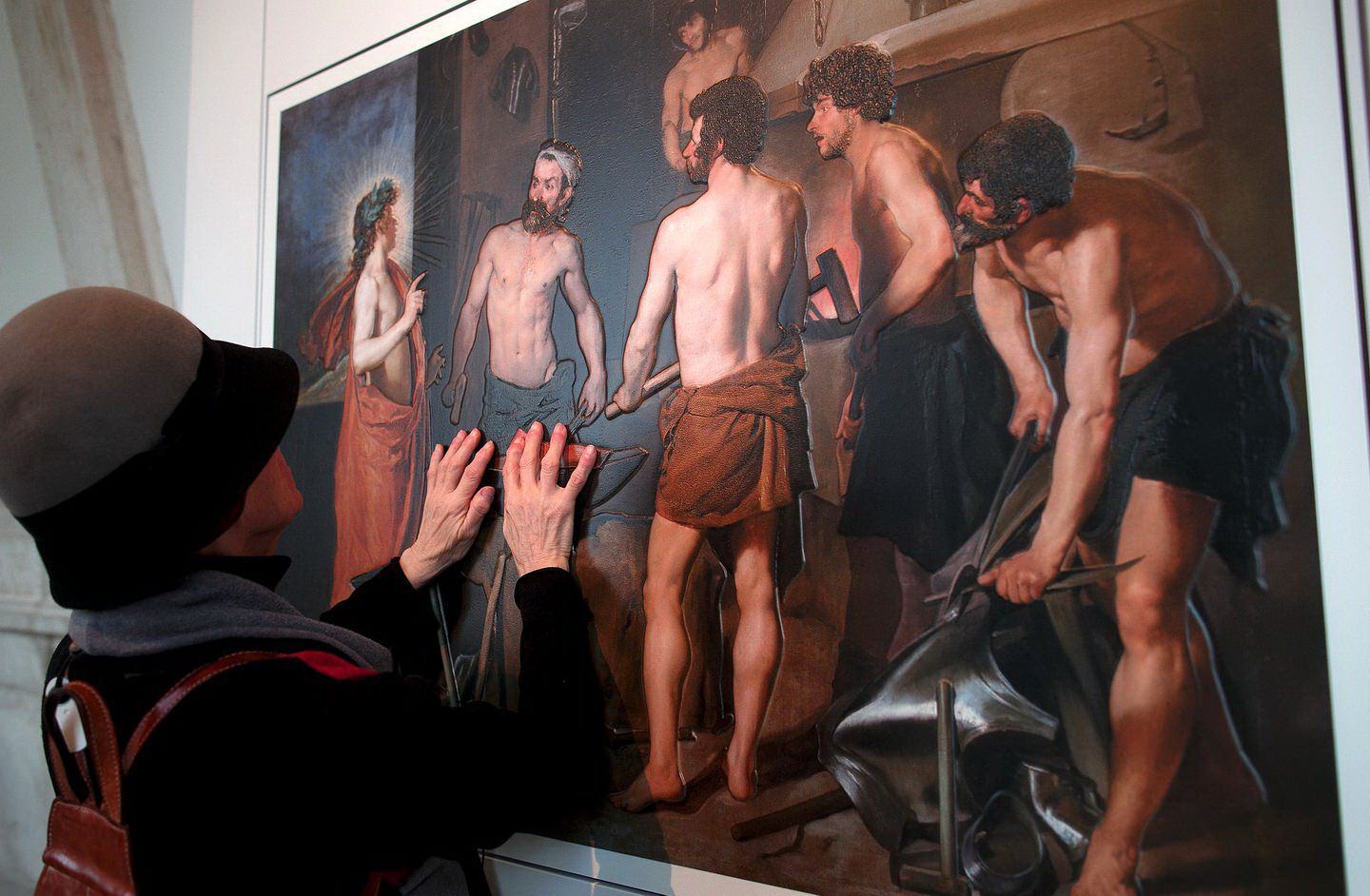 The implementation of the project caused a number of difficulties. The creators had to make a lot of effort in order to convey the beauty of the paintings to those who are unable to see them. The Metropolitan Museum of Art in New York and the National Gallery in London also belong to the few world museums that regularly organize events for blind visitors, including special excursions, drawing lessons, and visits to workshops where you can touch sculptural works. The Louvre Museum also has a “tactile” gallery, which presents some copies from the museum’s collection. The pioneer in this area can be called the National Museum of San Carlos in Mexico City, which was one of the first to use collages of paintings that are accessible to the touch.

When creating the exhibition in Prado, the embossing technology developed by Estudios Durero, a printing company from Bilbao, Spain, was used. To begin with, a photo of a picture with a very high resolution was taken, after which textures were selected and image features that were important for understanding the plot by blind people were worked out. Next, the image was printed using special ink, and then through chemical processes the object received the required volume. The only limitation is the reproduction of the picture should not be more than 120 cm, otherwise, its inspection becomes difficult. The cost of creating one such work is 6680 US dollars.

The museum’s initiative also testifies to the special status of the blind in Spanish society, which has developed thanks to the efforts of the national organization of the blind in Spain. Founded in 1938 during the Civil War, the organization received permission from General Francisco Franco to issue its own nationwide lottery. Every blind Spaniard of working age could get a job in the distribution system of lottery tickets, which to this day provides a huge economic effect nationwide.

The exhibition is also accompanied by a special audio guide, as well as masks that improve the perception of a blind person.