Relatives of Peggy Guggenheim (Peggy Guggenheim) are trying to challenge the management of her collection, located in the Venetian palazzo, and appealed to the court of appeal.

Peggy Guggenheim was one of the most famous collectors of contemporary art, and her collection was housed in a magnificent 18th-century palace on the Grand Canal of Venice. But after her death 36 years ago, her family was involved in a fierce lawsuit over who will manage an invaluable legacy, including works Picasso , Miro, Matisse , Magritte Cocteau Salvador Dali and Jackson Pollock . 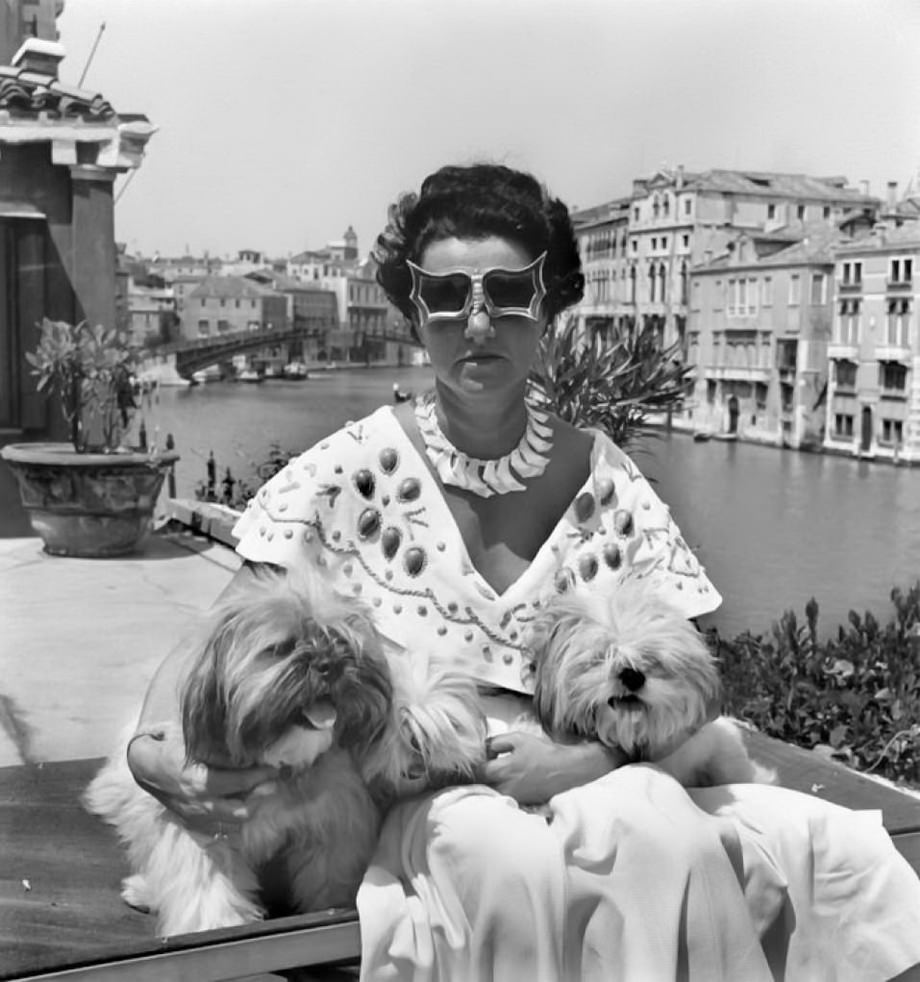 Peggy Guggenheim was only 13 when she inherited a significant fortune from her father, Benjamin, a metallurgical magnate who died on the Titanic. She used her wealth, including for the purchase of modern art, and in order to enjoy the collection everyone could buy a palace in Venice, which is now the most visited museum of modern art in Italy. When Peggy Guggenheim died in 1979, the palace and the collection of works were transferred to the Solomon Guggenheim Foundation, located in New York, under the direction of Peggy’s cousin, Harry Guggenheim.

Last Tuesday, one of Guggenheim’s grandchildren, Sandro Ramney, filed an appeal with the court so that the Italian collection was restored to its original form and not “diluted” with other pieces of art. The plaintiff’s lawyer, Olivier Maurice, said his client is demanding “respect Peggy Guggenheim’s wishes and keep the collection intact.” The plaintiff points out that more and more works from other collections are becoming part of the permanent exhibition in Venice, diluting the Peggy collection.

He hired the bailiffs to analyze the composition of the exposition and revealed that out of 181 presented paintings, 75 belong to German collectors Hannelore and Rudolf Schulkhov (Hannelore and Rudolph Schulhof).

Sandro Ramney claims that when Peggy bequeathed the collection to the Guggenheim Foundation, it was conceived as a kind of visual autobiography. Peggy’s letters to Harry Guggenheim make it clear that he agreed to accept her stringent conditions that the collection should be unified and located in Venice.

Ramney is outraged by the fact that on the facade of the museum, the name Shulkhov stands next to the name Peggy Gegggenheim.

Ranney had already lost one trial last July, when a lower court dismissed his lawsuit on the grounds that the dispute had been settled back in 1990 and that the Fund’s actions were recognized as legitimate. Other grandchildren and great-grandchildren support the position of the Fund. The Guggenheim Foundation in its statement called the allegations baseless, adding that “it is proud that Peggy Guggenheim’s wishes have been faithfully followed for more than 30 years, keeping her collection intact”, and today, thanks to the efforts of the Fund, the museum has become the most visited museum of modern art in Italy.