The Hermitage took sixth place in the list of 25 best museums in the world according to the travel portal TripAdvisor, ahead of the national treasures of Great Britain and Holland. The Metropolitan Museum of Art (New York) came first in this year, the Orsay Museum (Paris) in second, and the Chicago Institute of Art in third. The top ten also included the Madrid Prado Museum, the Paris Louvre Museum, the London National Gallery, the National Museum in Amsterdam, the Vasa Museum in Stockholm and the National Anthropological Museum in Mexico City. 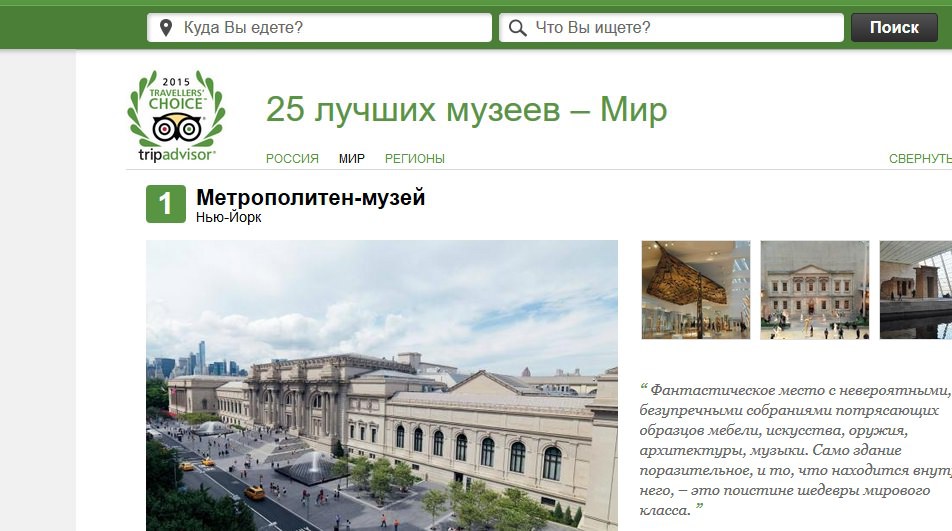 Such ratings are compiled annually based on the reviews left by travelers on TripAdvisor. The interest in Russian tourism is also confirmed by the fact that St. Petersburg was recognized as the best tourist destination in Europe this year, and the St. Petersburg Church of the Savior on Spilled Blood entered the list of 25 major cultural sites of the world (13th place).