OSLO. To determine the origin of the spot on the version Edward Munch’s Scream (Edvard Munch, The Scream), which was written in 1893 and is now in the collection of the Norway’s National Museum, the researchers used X-ray diffraction. For a long time they thought that the spot was a trace of bird droppings, but it turned out that this was not so. 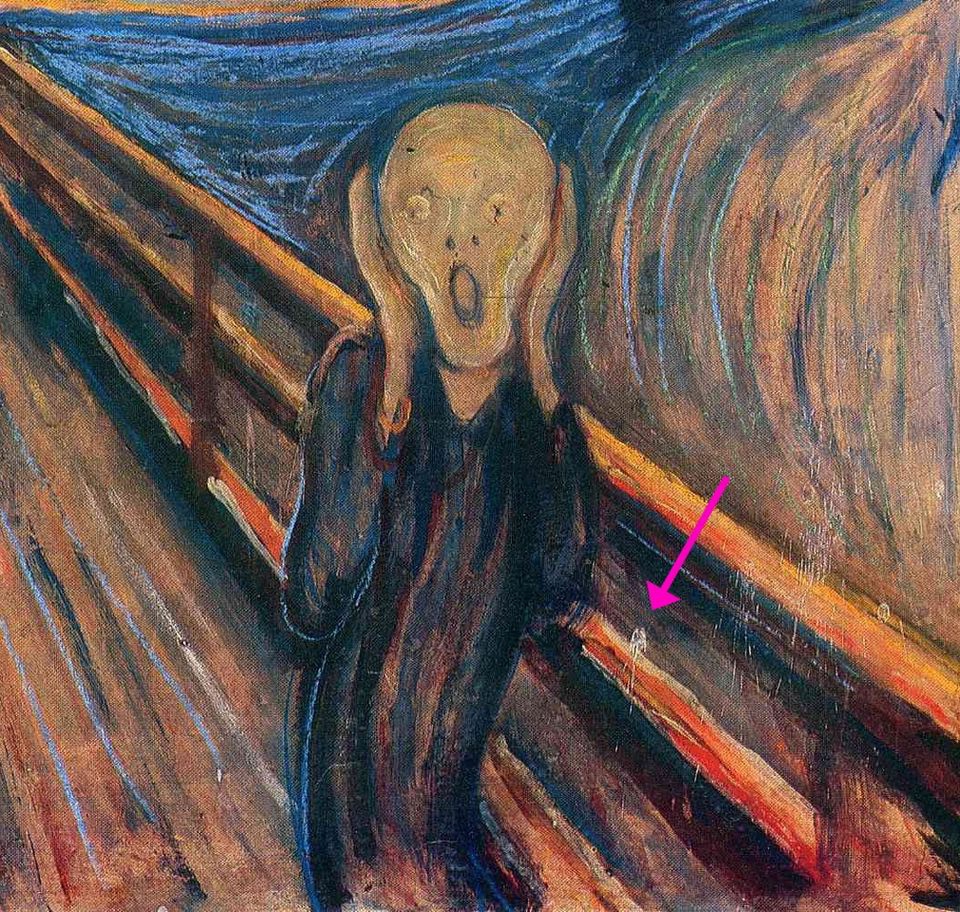 After several years of speculation around the painting, scientists from the University of Antwerp in Belgium finally solved the riddle of the most famous painting Edward Munch : the strange white sign is left by a wax candle, not a bird.

Recall that Munk wrote four versions of The Scream in the 1890s, but in the 1893 version, a white spot of unknown origin is clearly visible near the shoulder of a screaming subject. As you know, Munk painted a lot in the open air so that the forces of nature would literally leave their marks on his canvases. Therefore, for a long time it was believed that the bird left a spot. This was written by one of the employees of the University of Antwerp on his website.

Professor Tine Frøysaker of the University of Oslo and Thierry Ford, a restorer of paintings from the National Museum, did not support this version. Froysacker, who has already encountered bird excrement during her career, noted that the stain does not look like bird droppings under a microscope. Ford also confirms her words, adding that "bird excrement is known to corrode and cause maceration of many materials." The substance in the Munch painting has been on the paint for many years and has not done any harm in all these years.

“The last technical argument against this theory is the fact that Munch used a cardboard backing to write“ The Scream, ”a material that, despite its fragility and hygroscopicity, could have been seriously damaged if Munk had left a picture on the street,” concludes article by the representative of the University of Antwerp.

In May last year, a team of specialists in X-ray diffraction and electrochemistry from Antwerp was invited to Oslo to analyze the materials that were used to write The Scream and to resolve a long-standing dispute around a mysterious spot. The researchers took a sample of the substance and analyzed it using x-ray diffraction. “I immediately recognized the pattern of wax diffraction, as I had come across this material more than once,” said Frederik Vanmeert, a graduate student from Antwerp.

Dr. Geert van der Snickt even collected specimens of bird excrement to complete the study. “I have to admit that I was a little embarrassed by collecting samples of this material before the eyes of tourists,” he admitted. It is safe to say that the X-ray diffraction pattern of the sample is fully consistent with wax, and is absolutely not like bird droppings. Van der Snickt admitted that “the composition of the litter is highly dependent on the nutrition of the bird, but I sincerely doubt that Munch’s painting was attacked by a wax-fed bird.”

Researchers believe that a white spot hit the picture with a dripping candle in Munch’s studio. The mystery of the white spot has puzzled scientists and gallery owners for a long time, and, finally, it has been revealed.