Tales from the barbershop: how the client cut his own hair

In the work of a hairdresser, situations sometimes occur that are initiated by clients with the makings of an entrepreneur. They actively look for and find the right moments to use their extraordinary mental abilities. Usually these are energetic people who are in a hurry and ask to be served immediately. 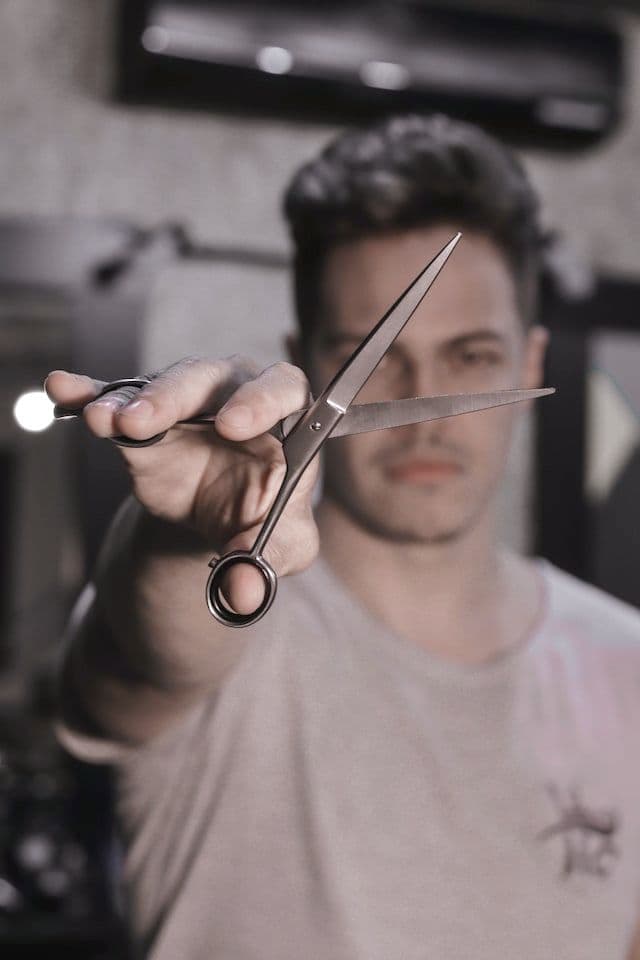 A handsome young man came to the master to get a haircut - he was not a regular customer, but sometimes reminded of himself. During the service, he willingly shared his long-term observations of the work of hairdressers and advised the most appropriate methods of working with his hair. The reader needs to take into account that he was not asked for advice - they just listened, giving him the opportunity to speak.

On the next visit, without waiting for the master to finish the work, he asked to give him hairdressing equipment and showed on his head how he can cut his hair quickly and with high quality. His actions looked convincing and were the beginning of a demonstration of experience, imagination and dexterity. At that moment, the hairdresser had no idea about the scale of his abilities and talents - for her, he still remained a pleasant and sociable young man.

The next time, he came with a girlfriend and unexpectedly asked for a fee to rent a hair clipper. The hairdresser, not expecting such a turn of events, was slightly surprised, but agreed. A former client was served by his friend - it turned out that she wanted to try on the profession of a hairdresser. The master became interested in the invention of the visitors and did not object, because she received the cost of a haircut for using her work chair and tool.

The young man’s next independent service was shaving his beard with a hair clipper. The hairdresser saw this operation for the first time in her professional activity. A consolation bonus for her was informative information about a new type of service and a story why shaving with a machine suits him. To the credit of the former client, he voluntarily paid money for the work performed. The master slowly expanded her horizons about human capabilities and mentally complained about her limitations.

At parting, the client happily announced that he would constantly come and shave his beard with the master’s machine. Such an idea did not please the hairdresser in the long run - it turned out to be arbitrariness, her consent was not asked at all. She calmly listened to him, wished him luck, but decided that this visit of the former client would be his last.

She will no longer agree to his innovations and intends to work as before. In her opinion, the logical way out for a smart young man would be to buy a hairdressing tool and self-service at home. How to act and what to do is up to him to decide. You can only wish him success and maintain a positive attitude and enthusiasm.

A fairy tale is a lie, but there is a hint in it… And now seriously, conclusions and further thoughts.

1. Gender pricing. There is no such thing as a men’s haircut or a women’s haircut. The requirement to pay more for a service based on gender/sex identity is discriminatory and is considered a "pink tax" as it affects those who identify as women the most. Hourly pay (pay for time) is the best way to eliminate discriminatory practices and earn real money as a barber.

2. Services for children. If you are a hairdresser, you know that working with children is much more difficult (usually) than working with adults. They squirm and cry and scream - charging less for kids’ haircuts is just another form of cutting themselves off from profits. Another solution is to charge for time; this eliminates confusion and creates a much more profitable environment for hairdressers.

3. Accept tips. Tipping was created for two main reasons. The first reason is a workaround for white employers to pay out-of-town workers less than local workers. Tipping also allowed employers to pay women less than men. Tipping is rooted in racism and sexism, and by eliminating them, we are eliminating the performance-based wages they created. Here’s an easy way to look at it:

4. Discount. Discount is a word that says, “My services are not worth what I charge for.” When we make a discount, we devalue ourselves as a professional. Discounts don’t historically create a clientele, they destroy it. Building clientele comes from genuine connection, talent, and more often than not, saving someone’s hair from a former disaster. Discounts are a competitive way to make money that makes you work a lot more for a lot less money. Stand your ground; stop discounting.

5. Clog shelves with retail items. This was the "Destroy the Barber" mission from the beginning. Manufacturing companies have convinced hairdressers and salons that their inflated cash flow is profit, but it’s not. Profit is the balance after expenses, and when you do the full math equation, you don’t make as much money as you think, and sometimes you don’t make money at all. Clearing shelves, adding more jobs, removing retail and moving to affiliate links and online marketplaces is the best path for salons and hairdressers. There is a way to make money retailing, but that doesn’t mean you have to listen to the big merchandise companies.

6. Transition to rental salons. Commission salons are the future. We know it sounds crazy. But commissions are a pay structure, and a great one, but only when used correctly. Many terrible salon owners charge inappropriate amounts of money from their employees. This does not mean that commission structures are bad; it just happens when people open salons with no idea what they are doing. Many high-paying professions are based on commissions because both sides benefit when done right. At Destroy the Hairdresser, we offer commissions of 46%, 47% or 48%. Anything above or below this level is not acceptable to the hairdresser or the salon - no sliding scales, no "surcharges for the product", just a straight number.

7. Benchmarking. Nobody cares about benchmarking less than barbers. Of course, in order to run a business, we have to look at the numbers and make smart business decisions, but in the end, happy barbers build the business. There is usually a connection between happiness in the workplace and business profitability, which is why we focus all of our business strategies on developing emotional intelligence. Keep monitoring your performance and setting goals for yourself, but stop comparing your employees (they don’t care).