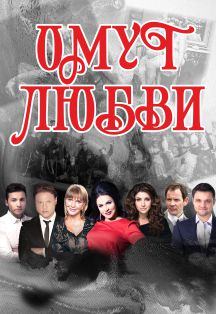 The cult director Anna Babanova is preparing for the premiere of the play “Whirlpool of Love” based on the most controversial novel by Alexander Kuprin “Pit”. The premiere will take place on November 9 at the stage of the Russian Song Theater. The production promises to be a sensation of the new theater season. A successful team of professionals is working on a performance in Russian classics: staging - Yaroslava Pulinovich, stage director - Anna Babanova. The production involved: Elena Proklova, Nadezhda Babkina, Anastasia Makeeva, Vyacheslav Manucharov, Daniil Spivakovsky, Ivan Zamotaev, Alexander Kogan.

Elena Proklova will play a lame, ugly old woman.
The Honored Artist of Russia will play the most unusual role in her life - the lame, ugly housekeeper of a brothel in the play “Whirlpool of Love” based on the story “Pit” by Alexander Kuprin. The premiere will take place on November 9 at the stage of the Russian Song Theater.

The story “Pit” by Alexander Kuprin, published in 1914, elicited many negative reviews from critics who accused the writer of immorality and excessive naturalism. Only Korney Chukovsky supported Kuprin, calling the story "a slap in the face of modern society."

The musical performance "Whirlpool of Love" at the Russian Song Theater is a new work by the famous director Anna Babanova. The theater and film stars are engaged in the production: the main role of the hostess of the brothel Anna Markovna is played by Nadezhda Babkina, the indomitable Zhenya, the “most spoiled” girl in the house of tolerance - Anastasia Makeeva, a visitor to the brothel, a hussar, will be performed by singer, composer and actor Alexander Kogan. Daniel Spivakovsky has several roles at once. Vyacheslav Manucharov plays a man who sells his bride to Anna Markovna. One of the most difficult roles went to the Honored Artist of Russia Elena Proklova. In the play "Whirlpool of Love", she will play the housekeeper Zoya in the house of tolerance - a wretched, lame woman of age. Beaten by life, Zoya unconditionally devoted to the mistress. She meets the guests of the establishment, controls the order and without pity and sentiment brings the prostitute girls to their senses when they are already exhausted and unable to carry out their work.

“I was invited to the theater of Nadezhda Babkina to participate in the production of the story of Kuprin,” says Elena Proklova. - Naturally, I could not refuse. Firstly, because I respect Hope, we have known each other for a long time, and I will follow her even to the edge of the white world. Secondly, such offers as a performance in Russian classics are not refused. This is the first time I play in such an extraordinary production in which tragedy, the truth of life, is conveyed in all dramatic, scenic, musical and choreographic ways. I’ve never participated in such a performance, a musical before - I don’t even know what to call it? Such a form has never happened in productions where choreography, vocals, and dramatic art are all merged together. Therefore, in my opinion, this will be a very interesting performance for any level of the public. ”

As the director admits, acute social topics are her themes. According to Anna Bobanova, “The Whirlpool of Love” is a performance with romances, with songs, songs and prayers. The staged author is one of the most sought-after modern playwrights, a student of Nikolai Kolyada, Yaroslav Pulinovich.

“Our entire team, which is supervised by Nadezhda Babkina, has enough knowledge, experience and taste in order not to destroy Kuprin’s work, but to convey it to the public more emotionally, in the context of our time,” Anna Babanova talks about working on Russian classics.

The director is confident that “Pit” is an actual work for today. “The work was written at the beginning of the century, before the revolution, and in such crisis moments, prostitution and social problems begin to escalate. I remember how in the early 90s on the Yaroslavl highway, women of easy virtue stood in crowds, alas, and now they began to appear. Apparently, the economic crisis, unemployment are forcing girls and women to go for this way of earning. Music, songs and dances create an atmosphere of feast during the plague. The Russians have blood when black days are oblivion through a crazy holiday.

"Pit" - the last major work of Alexander Kuprin and the most controversial. The Russian classic worked on this story for six years - from 1908 to 1914, and was the first among Russian writers to dare to reveal the topic of venal love…

Anticipating the reaction that the story could trigger, Kuprin wrote in an epigraph to her: “I know that many will find this story immoral and indecent, but I devote it wholeheartedly to her mothers and youth.” With journalistic, naturalistic certainty and unsightly accuracy, he described life as a terrible naked truth, without embellishment. Exposing the rotten bottom of vice, a society gravitating towards material welfare and denying spirituality, Kuprin raises socio-philosophical problems, which are not limited only to the problem of prostitution. He talks about the system of upbringing and education, the depravity of morals, indifference, culture and ignorance, about a huge, colossal social gap, a deep gap between different sections of society. It is impossible to solve these problems once and for all - each new era forces us to raise and solve them anew. The era in which we live today, unfortunately, cannot be an exception…