Photo exhibition of Valeria Zvereva "Secrets of the Near Space"

Space is closer than it seems! He is in any forest near Moscow. Gallery Gallery presents a personal photo exhibition of Valeria Zvereva, which expands the visible space and immerses the viewer in mysterious worlds almost invisible to the simple eye. Worlds where mosses, mushrooms, and even "animal mushrooms" fight, overcome, confront. 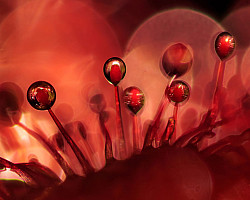 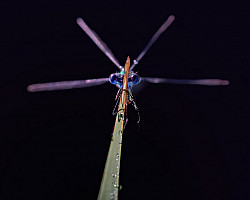 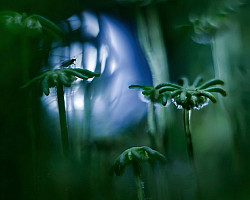 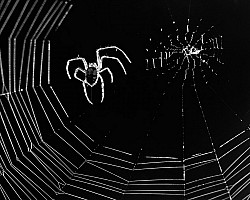 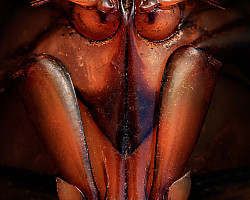 Any new world is stunning, captivating, captivating and, of course, causes a desire to tell the whole world about it. But you can tell in different ways. Especially if your world is not visible with an ordinary look. And your models are almost invisible, but amazingly beautiful and complex. Sometimes the story of the unknown turns into a catalog. Close-up, detail and signature in Latin.

Valeria Zvereva acts differently: “I’m interested not just to shoot larger, clearer, better, but to look for stories that evoke any associations, or with the help of a play of light to give what is happening in the frame a sense of mystery or even fantastic.”

Heroes of Valeria are tiny creatures, mosses, mushrooms and even “animal mushrooms”. These strange miniature creatures can even “crawl” in search of food at a certain stage of life. True, it’s so slow that it can be noticed only on a series of consecutive shots or in an accelerated video. However, the author does not draw attention to biological details. Even the eternal plot moves: struggle, overcoming, confrontation - fade into the background.

Valeria is much more interesting to work with unusual textures and colors. Hunting droplets of sundew are perceived as color spheres. The luminous paws of arachnids turn into graphic structures. The web and its inhabitants refer to something Chinese. And so, gradually, the technique of macro photography ceases to prevail over the artistic perception of works. And at some point, we see: “The Rooks have arrived,” but we don’t think about what the author actually shot.

For me, macro photography is to some extent a way to spend time in nature, not just like that, but “on business”. Well, by and large - this is not just a hobby, but a kind of escape. Escape from everyday life, the ability to expand the visible space and plunge into mysterious worlds almost invisible to the simple eye. However, for this it is not necessary to climb into hard-to-reach places - you can ride close and often.

My priorities in macro photography were initially dictated not by some creative ideas, but out of consideration: “what we have, we work with that”. Typically, soft light is needed to capture a classic macro, models must be inactive, and the weather calm. This combination of conditions happens in the early morning, however, forcing myself to get up at dawn is almost impossible task for me. Therefore, I mainly photograph in the forest, where there is little wind even in the afternoon, and the main characters of my pictures are mushrooms, mosses and very small forest inhabitants. And they are beautiful too!

However, for some time now it became interesting for me not only to shoot larger, sharper, better, but to search for scenes that evoke any associations, or with the help of a play of light to give a feeling of mystery or even fantasticness to what is happening in the frame.

1981-1986. Studying at the Moscow Geological Prospecting Institute and related trips around the country: study practice in Crimea, field expeditions in Eastern Siberia, geological excursions and just trips to the Kola Peninsula, Karelia, the Caucasus, and Central Asia. I always had a camera with me, because the pictures of almost untouched wildlife delighted me. Photographed everything that is necessary: ​​landscapes, people, dogs, field life. Plain photo or memory slides.

1986-1993. Work in the Arkhangelsk region in the White Sea exploration expedition. Russian North, an expeditionary village in the middle of a pine forest and a drunken winding river Zolotitsa. Young team, interesting work, white nights in summer, several hours of daylight in winter. And the northern lights! How I wanted to capture them somehow on tape. But with the "Change" camera, this was not possible.

2006. The first digital dust bin appeared on the farm. With her help, during an expedition to Yamal, where mosquitoes were the main “model”, she tried to shoot macro. The usual small midges on the camera display turned into fantastic furry monsters. I wanted to continue the experiments. And when, instead of a soap box, the first DSLR with a macro lens appeared, the hobby grew into passion.

2008. In search of information about macro photography on the Internet, I came across a wonderful resource - macroclub.ru. She looked in and “disappeared”. Macroclub is a community of creative people who share experience, advise, discuss, learn from each other, argue, shape trends and set development vectors. Joint trips, photo trips, participation in various photo projects and competitions. It is a great success and happiness that the Macroclub happened in our life.