The composition of the exposition included about 50 works of painting and graphics, marked by bright author’s handwriting, mastery of performance, expressiveness of images. The creative range of Alexander Muravyov is diverse: from small graphic thumbnails, bookplates, drawings to animation and painting. The main vocation of the artist is easel and book graphics.

A. M. Muravyov was born in 1948 in the Irkutsk region. He graduated from the Irkutsk College of Arts, in 1973 - the Moscow Polygraphic Institute. Regular trips to the Art houses of the Artists’ Chelyuskinskaya and Senezh gave the artist a powerful creative impulse, helped to master many graphic techniques perfectly - linocut, lithography, etching. His series of lithographs “Decembrists” was awarded with prizes and a diploma of the USSR Academy of Arts. The images of the Decembrists: N. Muravyov, Odoevsky, the Volkonsky spouses, embodied by the artist, amazed the audience with inner strength, nobility and sublimity.

As art critic A. Grekov noted, “the first impression of his work is the special luminosity and transparency of compositions that open to the viewer a holistic and multidimensional spiritual world of this peculiar author.”

Among the books designed by the artist are fairy tales by A. Lindgren, “The Kid and Carlson, who lives on the roof,” S. Volkova, “Cloud Poodle,” a series of books about the Decembrists, “Polar Star,” and a collection of folk epics, “Russian Knights”. Among the color lithographs are the series “Constructions of Siberia”, “Decembrists”, “Easter Amusements on Tikhvin Square in Old Irkutsk”, “A Word about Igor’s Campaign”, “Heroes of the War of 1812”.

“Refined, sometimes filigree craftsmanship, clarity of plastic design, impeccable technical performance, and, finally, always a thoroughly thought out compositional solution - these are the basis of many achievements of Alexander Muravyov,” writes Academician of the Russian Academy of Arts A. Suvorov.

In a series of drawings: “Biblical subjects”, “Sergius of Radonezh - the priest of the Russian land”, in a number of paintings, the artist offered his original interpretation of religious themes. The exposition also includes works created as a result of the artist’s travels in Mongolia and other countries, and still-lifes unexpected from the plan (from the series “Silent Life”).

Since 1991, A. Muravyov has been the chief artist of the Sibiryachok children’s literary and art magazine, which has received many prestigious awards.

Alexander Muravyov is actively engaged in social activities, being the secretary of the Union of Artists of Russia, for many years he was chairman of his Irkutsk branch.

Member of many domestic and foreign exhibitions in Germany, France, China, Norway, Finland and other countries. The artist’s works are in the State Historical Museum in Moscow, the Museum of F. M. Dostoevsky in St. Petersburg, the art museums of Omsk, Barnaul, Novosibirsk, Irkutsk, Ulan-Ude and other Russian cities, as well as in many private collections.

A versatile artist who owns many graphic techniques, Alexander Muravyov is in a constant search for new themes and innovative graphic solutions. 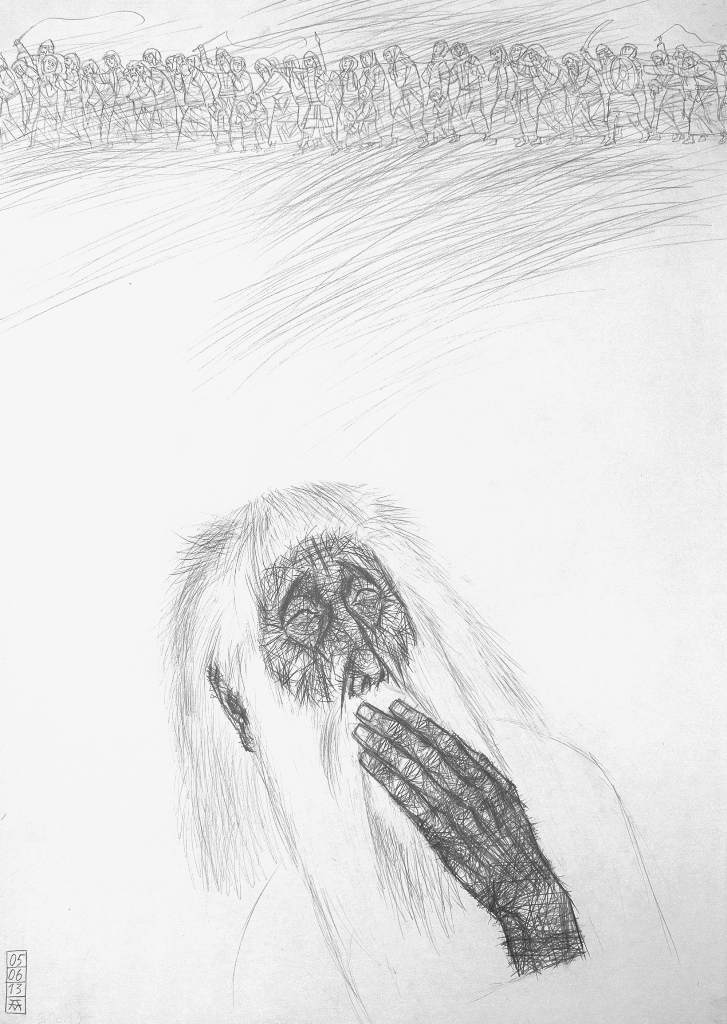 The miracle of bread. St. Onufry