Igor Plotnikov THE FLOOD IS INEFFECTIVE

The exhibition will feature paintings and objects that were born last year. The works, made in the style of continuum, created by the author in 1988, are united by the name of one, the key picture of the exposition. The author’s idea of ​​the exhibition is to understand the impossibility of changing human nature. 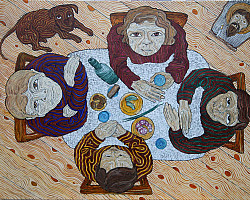 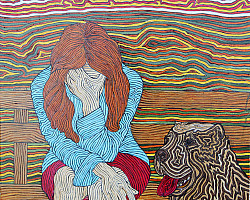 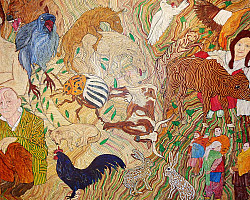 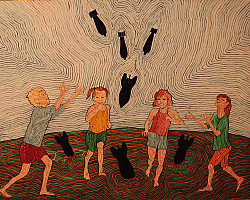 Igor Plotnikov was born in 1967 in Obninsk, in the family of Professor V.G. Plotnikov, a physicist, a world famous specialist in luminescent spectroscopy and photonics.

He started painting in 1988, as a student at the Leningrad Shipbuilding Institute. Then there was the direction of continuum, which Plotnikov still follows.

Personal exhibitions were held in 1992 in the Museum-Apartment of F.M. Dostoevsky and in 2012 in the Loft project Floors.

Since 2015, a regular participant in the exhibitions of the Parasite Association.

The works are in the collection of the Mordovian Republican Museum of Fine Arts named after S.D. Erzi (Saransk), Louvre (Paris), Kunsthalle (Berlin), as well as in private collections in Russia, Japan, Germany, Uruguay