Tremors is the name of renounced, forbidden books describing the spiritual practices of pre-Christian Russia, proceeding from a person’s perception of the world as a phenomenon of a wave nature. Fortune-telling literature reflected the communication of a person and the world around him through direct sensations experienced by a person. The exhibition is an attempt to return to this view. 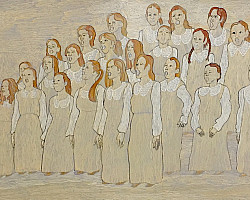 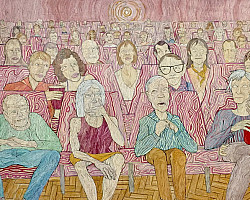 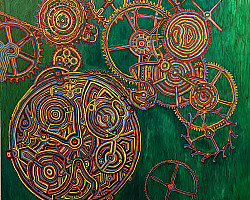 Igor Plotnikov was born in 1967. He began painting in 1988 as a student at the Leningrad Shipbuilding Institute. At the same time, the direction of continuumism arose, which Plotnikov still follows.

Since 2015, he has been a regular participant in exhibitions of the Parasite Association.

Works are in private collections in Russia, Japan, Germany, Uruguay, in the Museum of Art in Saransk, in the Louvre, in the Kunsthalle Berlin, MoMa and Guggenheim New York as part of the Parasite group.