Autumn is coming soon, everything will change in the area.
Joseph Brodsky

Fourteen lyrical pages from the photo diary of Ilya Udalov. The foliage of the old park and the bricks of the ruins keep the fragile composition of the passing day. These postcard letters are about what’s left behind the scenes.

About the fact that “after half of the earthly life,” “I again visited that corner of the earth” “in the province by the sea” - with a camera and a tripod.

For the author, Old Peterhof is a scientific platform of the university, walked back in the children’s entomological circle, and as a student, and for a dozen years already, the teacher Ilya Udalov has been conducting workshops there for students of the biology faculty. And nothing changes in the area. Nature is reborn, ruins stand.

The series was filmed with an old “Praktika” camera on a “deflecting” infrared film. In the light of invisible infrared rays of the sun, the greens of mature summer are like golden autumn in frost and snow "to the music of Vivaldi." 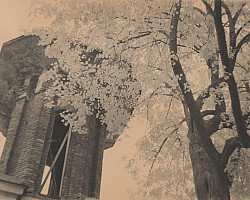 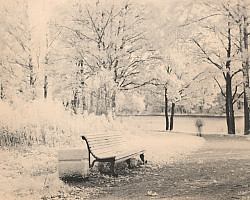 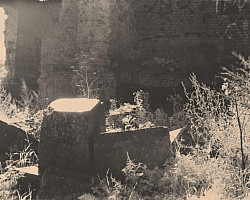 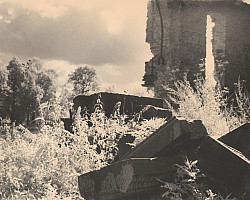 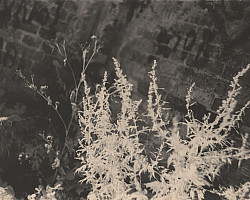 Born in 1985 in Leningrad, in a family associated with art: my mother is a ceramic artist by education at the Abramtsevo school, my father has been engaged in black and white art photography for most of his life.

Since childhood, he was interested in biology, went to biological circles, participated in city Olympiads. Graduated from the Faculty of Biology, St. Petersburg State University, Ph.D. Biologist, researcher, teacher by profession. I live and work in St. Petersburg.

In 2003, after student practice at the White Sea, he began to photograph the city with his father’s Zenit-12-SD camera. He lived in the Czech Republic for a year and a half, missed his city, his memory cleared him of the daily hustle and bustle. The lyrics of St. Petersburg are interesting beyond the changing signs of our time.

He learned the techniques of shooting and printing from his father, under the aesthetic influence of himself, his classmate and friend, the photographer Nikolai Tikhomirov, and many of his favorite authors of the St. Petersburg black-and-white lyrical photo chronicle.