August 5, 2016 from 21:00 to 24:00 hours in the "Gallery of V. Bronstein in the framework of the exhibition of the modern Yakut artist Mikhail Starostin" Summer of Snow "will be held for the first time" Cinema Night in the Gallery. " 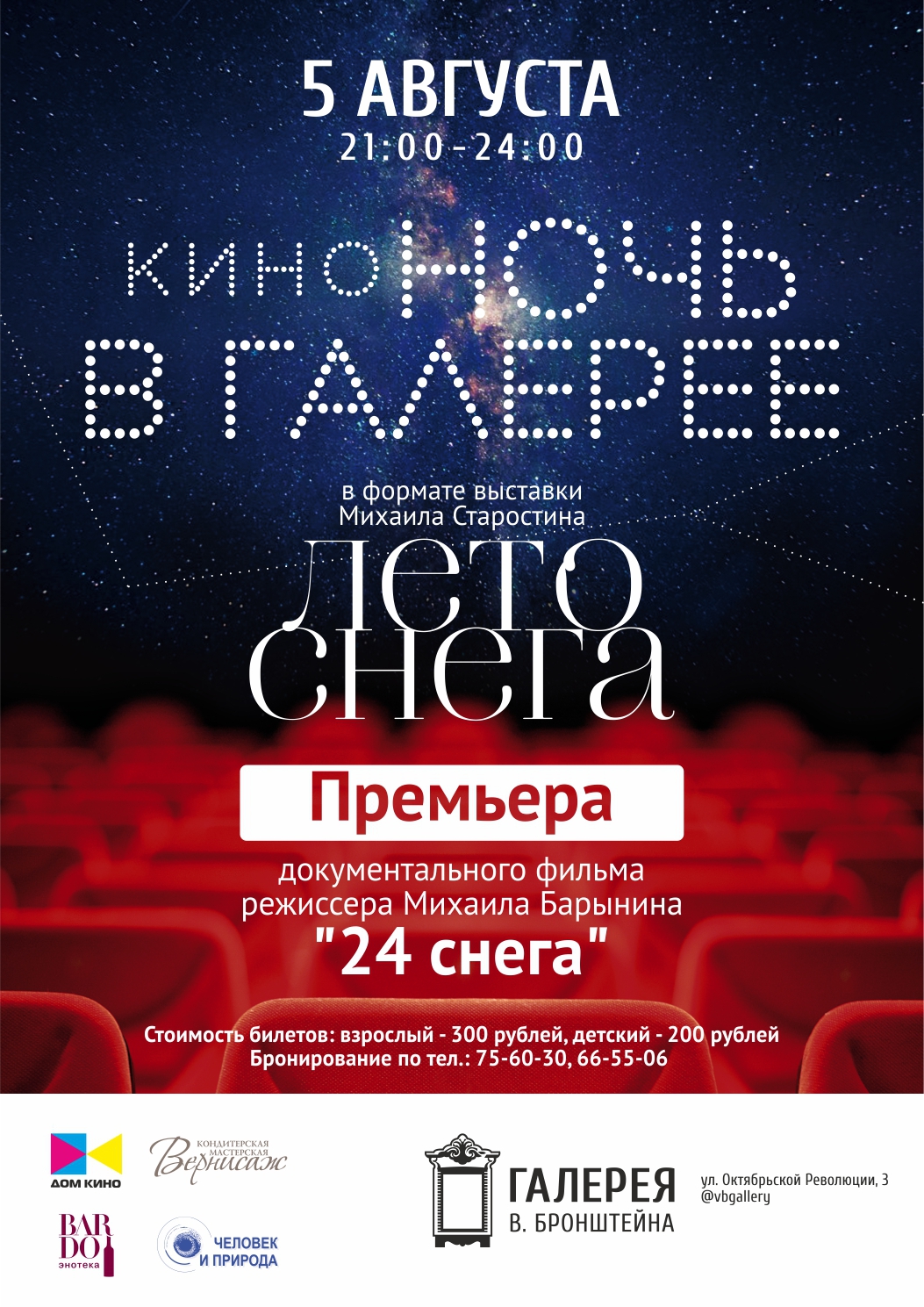 Events of this format have already become an integral part of major exhibition projects. As a rule, “Night at the Gallery” involves viewing the exhibits or a thematic tour, refreshments and drinks, lotteries, contests and other entertainments. However, for the first time, the culmination of the evening will not be an excursion, but a film premiere. Guests of the gallery will be the first in Irkutsk to see the documentary film “24 Snow” by the young Moscow director Mikhail Barynin. The film should not be released to the All-Russian rental only at the end of 2016, and in June of this year the film represented Russia in the framework of the documentary program of the 38th Moscow International Film Festival, where in the end it received the audience award.

The film takes place in the Arctic part of Yakutia. This harsh land attracts people seeking freedom and independence. The hero of the picture, the horse breeder, most of the year lives in the tundra, caring for the herd. Every year, Sergey spends more and more time away from the village, meeting with his family only a few times a year. The exhausting life of the north puts a person before the most difficult choice - who he really is.

Film director Mikhail Barynin: “The main experience in this film for me is a meeting with the film’s hero Sergei. This is probably a fateful meeting, because now I do not see anyone else as the hero of the film. I carefully watched his every action and admired the fact that he forces himself to constantly act and produce a result. In the evening he sums up the day and reflects, writes a diary, sets goals for the next day. After this trip, I returned a different person. I caught myself thinking that I follow the quality of any of my actions and analyze every step. ”

In addition to the presentation and viewing of the film, throughout the evening, all existing exhibitions will be open for guests, and in the gallery’s hall there will be a thematic photo zone, a buffet table, a platform for creativity, where children and adults can recreate the beauty of the northern lights with their own hands.

The event will be held as part of the international film festival of documentary and popular science films "Man and Nature" named after V. G. Rasputin "Man and nature" with the support of the Irkutsk Regional Film Fund.