Kruzenshtern: around the world

An exhibition dedicated to the legendary navigator, where about 200 items from Russian museums are presented. 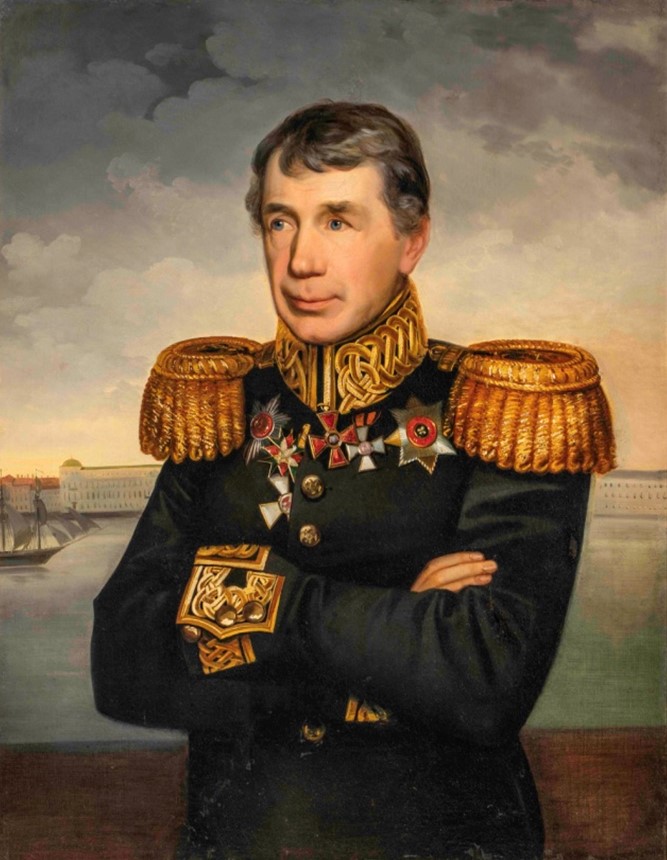 The international exhibition project at the State Historical Museum is dedicated to Ivan Fedorovich Kruzenshtern - a navigator, scientist, one of the founders of the Russian Geographical Society, a man who made the first Russian voyage around the world.

The exposition consists of memorial items and relics from the collection of museums, archives and libraries of Russia, Germany and Estonia. Many items will be presented in multimedia format.

“The scale of the personality of Ivan Fedorovich Kruzenshtern is striking - he was a military man, scientist, teacher. His research was a significant step in solving the most important geographical and oceanographic issues of the 19th century. On the occasion of the 250th anniversary of the birth of Ivan Fedorovich, the Historical Museum, together with 15 participants from Russia and Europe, has prepared a large exhibition project, where visitors will discover the brightest moments of the life and work of one of the most famous seafarers, ”says director Alexei Levykin.

One of the sections of the exhibition contains memorial items of Ivan Fedorovich Kruzenshtern. Among them, a collection of books from the personal collection of Kruzenshtern and the ship’s library of the sloop "Nadezhda", as well as atlases-convolutes with pencil marks of the navigator, are of particular interest.

The central part of the exhibition is occupied by the monuments of the first Russian round-the-world expedition. The exposition presents more than twenty items of the ethnographic collection of participants in the circumnavigation of the peoples of Russian America. Some of the key exhibits in the section are the Atlas of Maps and Drawings for Traveling Around the World in 1803-1806 on Captain IF Kruzenshtern’s 16-gun sloop Nadezhda and Atlas of the South Sea. A separate place is occupied by exhibits associated with a visit to Japan: ambassadorial gifts to the Emperor of Japan - a bone vase and a saber in a scabbard, the book "A Guide to the Knowledge of the Japanese Language, Composed by Nikolai Rezanov" and the famous manuscript "Kankai Ibun", containing records of interrogations of Japanese sailors caught in Russian Empire as a result of a shipwreck and returned to Japan.For the first time, items from a unique collection of fish collected in Japan by G.I.Langsdorf during his round-the-world expedition will be presented.

Ivan Fedorovich was actively involved in educational and research activities. With his help, a round-the-world expedition was organized under the command of O. E. Kotsebue and the expedition of F. F. Bellingshausen and M. P. Lazarev, as a result of which Antarctica was discovered. As director of the Naval Cadet Corps, he introduced a number of significant reforms and significantly improved the quality of education at the educational institution.

The architectural design of the exhibition reflects the admiral’s multifaceted heritage. As the artist of the exhibition Yulia Napolova notes: “The perimeter exposition is built as a dialogue between the human genius and the sea, where the personality of Ivan Kruzenshtern is revealed, combining German solidity and Russian adventurism. In contrast to the dynamics of the perimeter, the core of the exposition, designed in the form of a wardroom, becomes a chamber space. Subdued colors and delicate finishes highlight the wealth of treasures from around the world. "

On the second tier of the exposition, there are two interactive children’s zones "Sailors" and "Officers", where thematic master classes on knitting and navigation will be held, as well as museum classes about life on a ship and food for participants in a round-the-world voyage.