Erarta Museum of Contemporary Art presents an exhibition of the world’s main hatter, the famous Irish fashion designer and the world’s only hat expert Haute Couture. The large-scale project "Maestro Philip Tracy" will be a present for St. Petersburg on the 10th anniversary of Erarta. 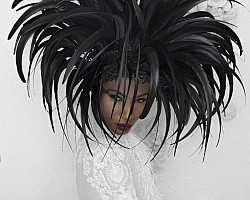 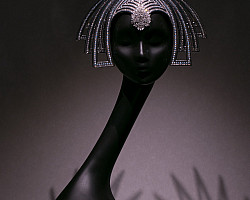 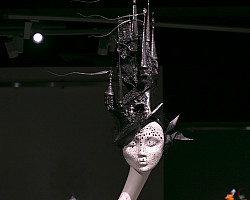 Exclusive works for the collections of Alexander McQueen, Chanel, Givenchy and Umbro, extravagant hats from the clips of Lady Gaga and the Harry Potter films, the wedding hat of the wife of Prince Charles, Camilla Parker-Bowles, reminiscent of a halo - this is just a small list of Philip Tracy’s fashion achievements that brought to him the fame of the cult designer in the world of high fashion. Among the admirers of his talent are the ruling dynasty of Great Britain, Sarah Jessica Parker, Grace Jones, Katy Perry, Lady Gaga, Madonna and other stars.

The secret of the master’s success lies in his boundless imagination and the courage with which he embodies his own ideas. A swan, a horse’s head, a lobster, a telephone, a hand, an ashtray - almost any element of reality can be a source of inspiration for Tracy.

The exposition will include 46 works - hits of the exhibition "Hats in the XXI century", which took place in Erarta in 2015, as well as the master’s creations that have not previously been exhibited in Russia, and new items created by him over the past five years.

Museum visitors will see an unusual hat, inspired by Andy Warhol’s sketch of Hats; the legendary bowler hat, in which Grace Jones appeared on the cover of V Magazine and when she met Queen Elizabeth II; extravagant headdresses that belonged to Isabella Blow, editor of Tatler magazine, friend and muse of Philip Tracy - it was she who opened the way for the designer to the world of high fashion; hats in which Lady Gaga starred in the videos Stupid Love and Marry The Night; works for the collections of Alexander McQueen of different years and many other hats, each of which can be safely called a work of art. The designer is constantly experimenting with colors and shapes, expanding the boundaries in the choice of materials. In his arsenal - feathers, artificial and living plants, plastic, metal, Swarovski crystals, fur, textiles and even electrical appliances.

The retrospective exhibition of the maestro, held at the Erarta Museum in 2015, was very popular with the audience: the project had a record attendance for its time and received a huge number of positive reviews. The feelings turned out to be mutual: Philip Tracy was imbued with both St. Petersburg and the museum, so the decision to present to St. Petersburg residents an exhibition of fantastic hats for the tenth anniversary of Erarta came by itself.

Knight of the Order of the British Empire Philip Tracy is a five-time winner of the "Designer of the Year (Accessories)" title at The Fashion Awards and a dozen other high awards. Today his works are no longer only exquisite wardrobe items, but also museum values. Tracy’s hat exhibitions adorn the world’s most famous galleries. For the first time, the maestro presented a collection of his masterpieces at the famous New York Metropolitan Museum. At the same time, he continues to collaborate with leading fashion houses: Armani, Ralph Lauren and Givenchy. Philip does not forget about his favorite beauties: Sarah Jessica Parker, Lady Gaga and the irresistible Grace Jones. At the request of the American pop diva, he even acted as the designer of her world tour. The renowned fashion designer has also co-founded the grand Vivid Grand Show at Berlin’s Friedrichstadt-Palast.

Philip Tracy about his work:

"I spend a lot of time on each hat, working until my creation is extraordinary."

“People who come to my workshop often ask:“ Where are the sewing machines? ” - to which I answer them: "They are not needed, here are my hands."

"I only feel dressed in the morning when I have a thimble on my finger."

"I love it when hats make my heart beat faster and feel like a million dollars."