Thought, form, plastic lines. Parallel coexistence of objects, concepts and worlds. The Parallels project brings together the works of artists who build their own universe through various artistic means. Their creative understanding of their own essence and the world around them is reduced to a parallel interaction of space and work, several spaces, several works, an object of art and a viewer, etc. in a variety of combinations. 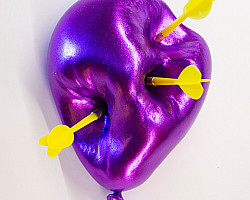 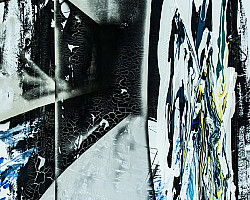 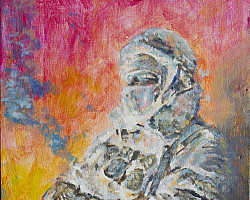 Parallel, as a mathematical and metaphysical definition, sets a plurality of ways of mastering modernity through art. Artists create a kind of rift in space, creating another world, dimension, another consciousness.

Differentiating, but being components of the whole, the presented works continue each other, flow into space, enter into dialogue with the viewer.

A combination of lines, structures, subtle images and shadows. Poetic geometry merges with the idea of ​​another space of life, which can be presented as a fantasy world, or virtual, where a modern person spends a huge part of his life, to which he trusts his most valuable memories.

“Parallels” are an interpretation of globalization, continuous threads that invisibly connect people in the digital space, which cannot but reflect on reality. Like the collective mind created by artists, Parallels reveal a person’s immanent desire to realize the world in which he exists, even if in the end there are several such worlds. Olga Krasutskaya