On November 6, a personal exhibition of the famous Irkutsk sculptor Yevgeny Skachkov, dedicated to the 75th anniversary of the author, opens at the Gallery of Siberian Art (Karl Marx St., 23). The exposition was named "Memory Carved in Stone", it includes works of small plastic art, sculpture, as well as photographs of monumental works. 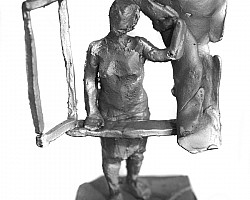 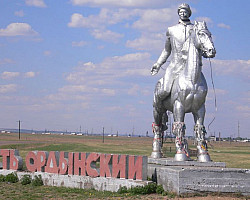 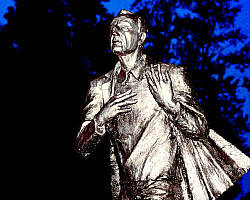 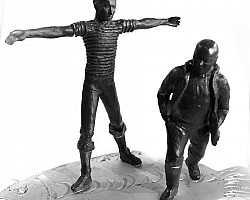 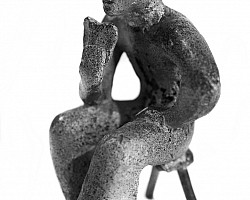 The first major work of the sculptor in the Irkutsk region is the creation of a seven-meter sculpture of an equestrian rider standing at the entrance to the Ust-Orda National District, which took the author three years to make. The next significant creations of Skachkov were the figures of athletes on the front of the Sports Palace, the coat of arms on the building of the regional administration. During his life, Evgeny Ivanovich created a lot: memorial complexes, bas-reliefs and reliefs on buildings, memorial plaques, stucco molding, monuments, decorative sculptures. The result of his work is sculptural decorations for the building of the government of the Irkutsk region and Khakassia, the Irkutsk House of Actors, the scientific library (White House), the Irkutsk railway station, the Irkutsk Drama Theater named after N.P. Okhlopkov.

The exhibition will show another area of ​​the artist’s artistic interests - small plasticity, marked by the author’s close attention to the inner psychological life of the model and his characteristic realistic modeling of the form.

Evgeny Ivanovich Skachkov was born in 1945 in the city of Kamensk-Uralsky, Sverdlovsk Region. He graduated from the power engineering school in Krasnoyarsk, worked on the construction of the Krasnoyarsk hydroelectric power station (1967-1970). He studied sculpture in the creative workshops of Vitaly Levashov, Yuri Ishkhanov (Krasnoyarsk), Vitaly Tsigal (Moscow). Member of the Irkutsk regional branch of the Union of Artists of Russia since 1991.

Evgeny Skachkov’s exhibition "Memory Carved in Stone" will be open at the Gallery of Siberian Art (Karl Marx St., 23) from 6 to 29 November. Due to the difficult epidemiological situation, visiting the museum is possible only by appointment (tel.: 33-43-89). The museum has a mask mode.