Remember and love! To the 72nd anniversary of Victory in the Great Patriotic War

On May 11, 2017 at 13.00 in the National Art Gallery "Khazine" of the State Museum of Fine Arts of the Republic of Tatarstan (Kremlin, 3rd entrance), the musical and poetic performance "Remember and Love!" 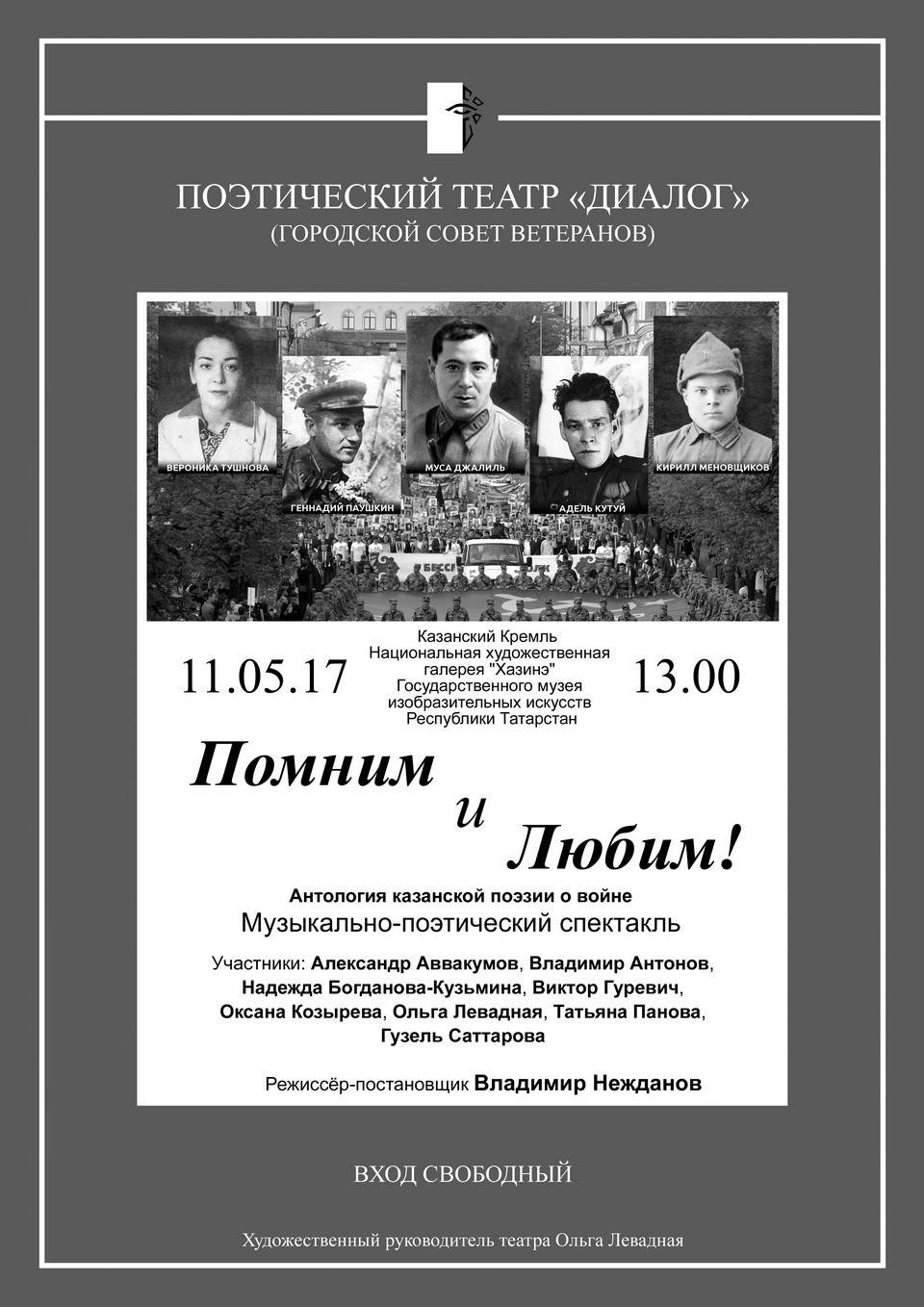 The performance “Remember and Love!” - an anthology of Kazan poetry about the war - was created with the assistance of the administration of the Kirov and Moscow districts of Kazan. This is the result of the creation of people who are not indifferent to the history of their native land.

The purpose of the production is to remind our contemporaries of the heroes and compatriots who died in the battles of World War II, defending their homeland.

The scenery for the play - and this is one of the key elements of the production - are portraits of poets. With each portrait appearing on the scene, a new theme of musical and poetic performance opens. The performance will feature poems about the war, memoirs of poets, letters to relatives, songs written in the war or post-war years by poets Musa Jalil, Gennady Paushkin, Veronika Tushnova, Rustem Kutuy, Olga Levadna.

The director of the play is a laureate of All-Russian and international competitions, director, screenwriter, actor, songwriter Vladimir Nezhdanov.

Admission to the event is free.