From January 29 in the Gallery of Siberian Art (Karl Marx str., 23) the exhibition "# 38ВКВАДРАТЕ" starts working. Eight members of the Irkutsk creative association "Red Square" will present about 50 works of painting, graphics and sculpture, united by the theme of Irkutsk. The exhibition is dedicated to the 360th anniversary of the city. 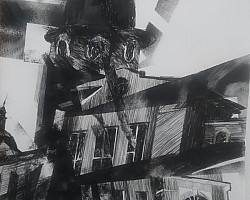 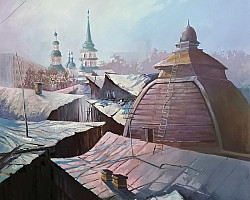 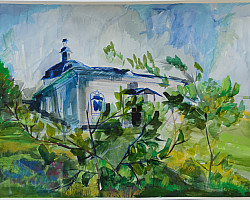 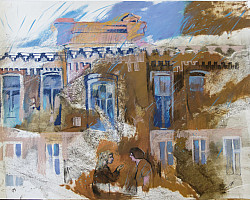 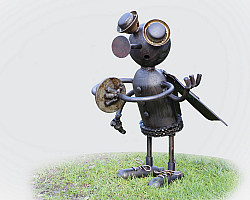 The creative association "Red Square" was created in Irkutsk at the turn of 2006-2007. Its founders were classmates, friends and first graduates of the Department of Fine Arts and Methods of Irkutsk State Pedagogical University (now the Pedagogical Institute of Irkutsk State University), students of famous artists and teachers in the city Alexander Shipitsyn, Nikolai Morozov, Anastasia Khalipova, Elena Petrova, Elena Gladkikh and others…

The original composition of the "Red Square" included Sergei Brigidin, Valery Korobchenko, Valentina Derezhanova and Nadezhda Bushkova. The name of the association referred to the four sides of the square - according to the number of the first participants, and the red color, according to the creators themselves, symbolizes the positive that artists bring to the world with their creativity. Since its inception, a group of artists from the Red Square association has held dozens of exhibitions not only in Irkutsk, but also in the cities of Priangarye (Angarsk, Sayansk, Shelekhov, Cheremkhovo). Today, the works of artists are kept in state and private museums in Russia and abroad, as well as in private collections.

The exhibition "# 38VKVADRATE" will be open in the Gallery of Siberian Art (Karl Marx St., 23) until February 28. Due to the difficult epidemiological situation, visiting the museum is possible only by appointment (tel.: 33-43-89). The museum has a mask mode.