From January 28 to March 27, 2021, the ABRAMOVA GALLERY space will host a personal exhibition by Alexei Lantsev "Memory Modules". More than 25 works of the artist from Moscow will be presented there.

The joy of life in contemporary art is a rare phenomenon. Alexey Lantsev is able to synthesize the energy of happiness with the help of canvas and paints. For well-known reasons, the trips did not work last year, and some of the works presented are memories of past trips. These canvases, like the project as a whole, were named by the artist "Memory Modules". In the temporal dimension, they lie further than the reproduction of reality, which is usual for an artist. Like any memories, they are changed, while maintaining a positive emotional charge. The memory modules complement each other with the rhythms of spots, compositional structure and playing of halftones, they work together, and each one for himself. 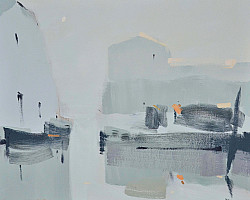 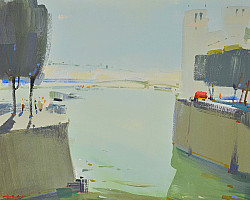 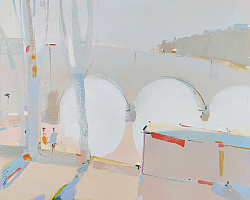 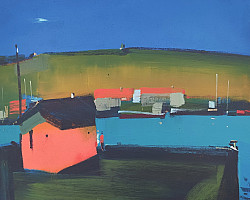 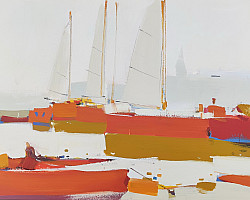 Alexei Lantsev is difficult to rank with any direction, but still the work is close to expressionism. In the visual arts of the 20th century, this method of comprehending and displaying reality became dominant. Unlike the founders of the direction, Alexei Lantsev’s expression does not arise as a result of shock or internal conflict, but exactly the opposite, he broadcasts a cheerful, optimistic state of mind to the viewer, conveys a feeling of eternal movement in the modern world of high, but comfortable speeds. His task is to push the viewer out of the everyday whirlwind, give him a little rest and feel the lightness of being. Perhaps the most important thing in Lantsev’s painting is inner freedom and energy, which is transmitted to the viewer, lifts him above himself, harmonizes and allows him to reach a different level of consciousness.

Alexey Lantsev was born in 1970 in the city of Krasnodar. Graduated from the Krasnodar Art School and the Moscow Art Institute. V.I.Surikov. Participant of numerous exhibitions in Russia and in other countries. His works are in the Novosibirsk Art Museum, the Abramtsevo Museum, in corporate and private collections in Russia, USA, France, Switzerland, Germany, Hong Kong, Israel, England and other countries.

The exhibition will be held at ABRAMOVA GALLERY at: