Exhibition of sketches for fabrics "Country of birch chintz"

A project by VanVerden Gallery in collaboration with Prosvet Coffee House is dedicated to crocs - textile designs drawn on paper by artists. 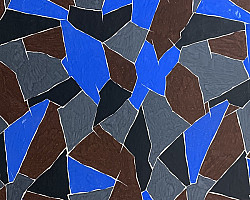 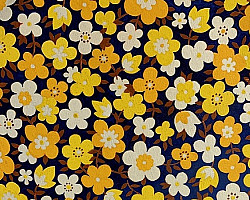 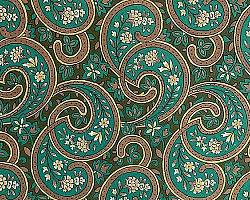 Back at the beginning of the 20th century, Sergei Yesenin called our homeland "The Country of Birch Chintz" - and not in vain, because in those days cotton factories became the hallmark of Russia. The best artists of their time worked on the development of patterns, and traditional floral patterns and geometric ornaments were replaced by propaganda of the avant-garde era.

Later, in the middle of the 20th century, the avant-garde was replaced by more traditional floral and geometric motifs, to which ornaments with actual signs of that time were sometimes added. The well-known art critic Osip Brik, in his article "from painting to chintz", urged not to limit artistic culture only to exhibition objects and paintings:

And this appeal did not go unnoticed: the sketches for the fabrics of the "amazons of the avant-garde" L. Popova, V. Stepanova, the famous avant-garde artist N. Suetin and other artists of the era were not inferior to the best paintings of these authors in terms of thoughtfulness and skill.

A striking example is the works of the Zabironin dynasty of artists, which we will show at our exhibition. In their work, they were inspired by both traditional patterns and floral motifs and elements of many folk crafts. Also, the artists turned to modern household items, which they skillfully inscribed into the pattern’s canvas, turning a typewriter, airplane, city view or night landscape into part of the ornament. The compositions of the Zabironins are laconic, elegant, not overloaded with unnecessary details and color details. Without losing quality, artists with equal attention in their works address the themes of family, childhood, history and modernity.