On February 4, the exhibition "Irkutsk by Alexander Sheltunov" starts working at the Gallery of Siberian Art (Karl Marx St., 23). The exposition includes about 50 paintings and graphic sheets from the collection of the Irkutsk Regional Art Museum, family collection and private collections. The exhibition is dedicated to the 360th anniversary of Irkutsk and the 70th anniversary of the birth of the author - Alexander Ivanovich Sheltunov (1951-2008). 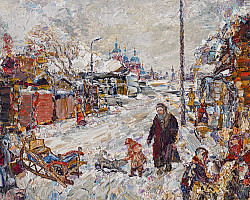 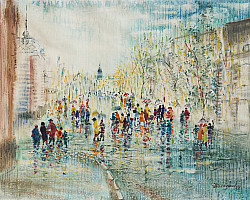 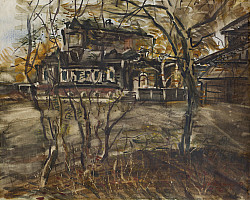 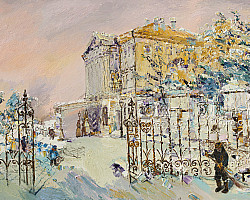 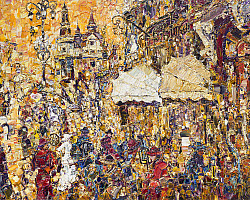 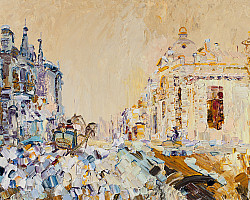 The work of Alexander Sheltunov is well known to the Irkutsk audience. An important part of it is occupied by the theme of the city, to which the artist dedicated many paintings and graphic works. Initially, Alexander Sheltunov declared himself as a talented graphic artist who masterfully mastered the technique of watercolor. The urban space, created by the artist on the plane of a sheet of paper, has a mysterious depth, filled with inner light and emotional sound. Irkutsk appears completely different in painting, which Alexander Sheltunov discovered in the early 2000s: a sonorous color, built on the rhythmic interaction of contrasting color spots, a complex composition, a pronounced texture of the surface of the work. Here the city becomes already a self-sufficient hero of a picturesque narrative,and each canvas is as if assembled from pieces of multicolored mosaic that make up the fabric of the picture.

You can see "Alexander Sheltunov’s Irkutsk" in the Gallery of Siberian Art (Karl Marx St., 23) from 4 to 28 February. Due to the difficult epidemiological situation, visiting the museum is possible only by appointment (tel.: 33-43-89). The museum has a mask mode.