Exhibition of Cyril Lebedev (Cyril Who)

The exhibition of Cyril Lebedev (Cyril Who) opens on Tuesday December 20 in the gallery "Peresvetov Lane" Association "Exhibition Halls of Moscow". Graphic works created by the artist from 2013 to 2016 will be presented.

Kirill Lebedev, known under the pseudonym Cyril Who, is one of the key figures in contemporary Moscow street art. The recognizable handwriting of the artist was formed in a series of rainbow graffiti, where colored letters add up to laconic messages and questions addressed to a random passer-by. Since 2013, the works of Cyril Who can be seen not only on the street, but also in exhibition spaces. He selects a new medium for himself - paper and begins to work with graphics similar in nature and technique to his street style. Elena Selina, curator of the program: “There is nothing surprising in the fact that the work of Kirill Lebedev (Cyril Who) exists equally organically in the streets of the city and in the exhibition halls, because two traditions intertwined in it in an interesting way: street art and school graphics Moscow conceptualism. The speed of reaction, the “confessionality” of texts coming from street culture, combined with distinct references to the early graphics of Ilya Kabakov and Viktor Pivovarov, give an unexpected result: the practically disjoint traditions in the work of the young author give rise to a new form of expression that is equally close to different audiences. ” Kirill Lebedev was born in 1984 in Zelenograd. Since the late 90s, he begins to draw on the city walls, actively forms the culture of street art in Russia, oversees festivals and street art exhibitions. In 2001 he joined the project “Why”, since 2013 he comes to the schedule, designating his work as “post-graffiti”. 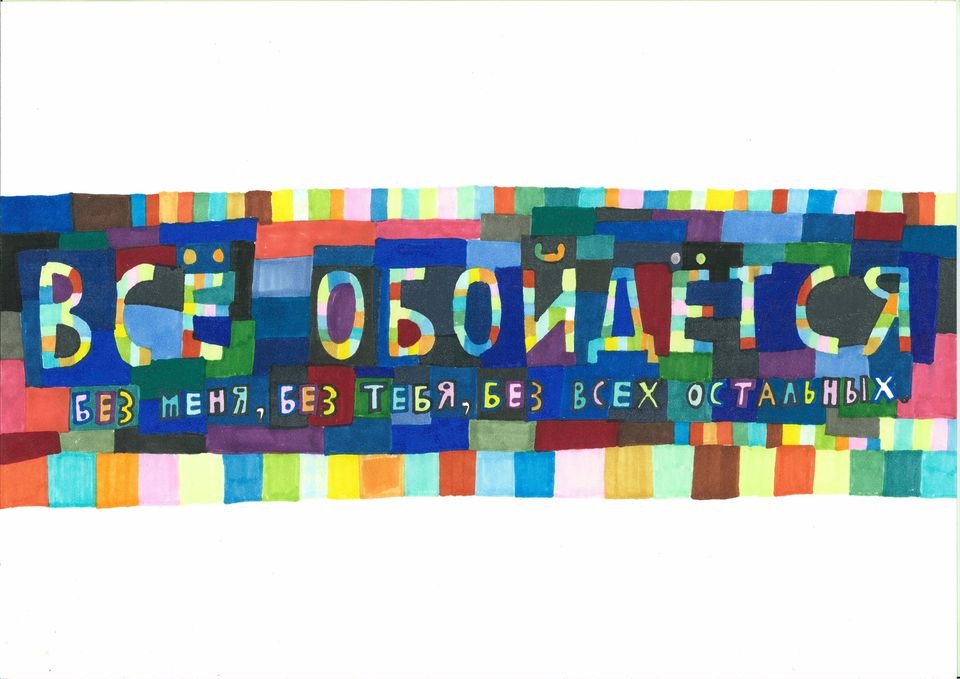 Kirill Lebedev “Everything will do without me, without you, without everyone else”, marker, paper, 2016 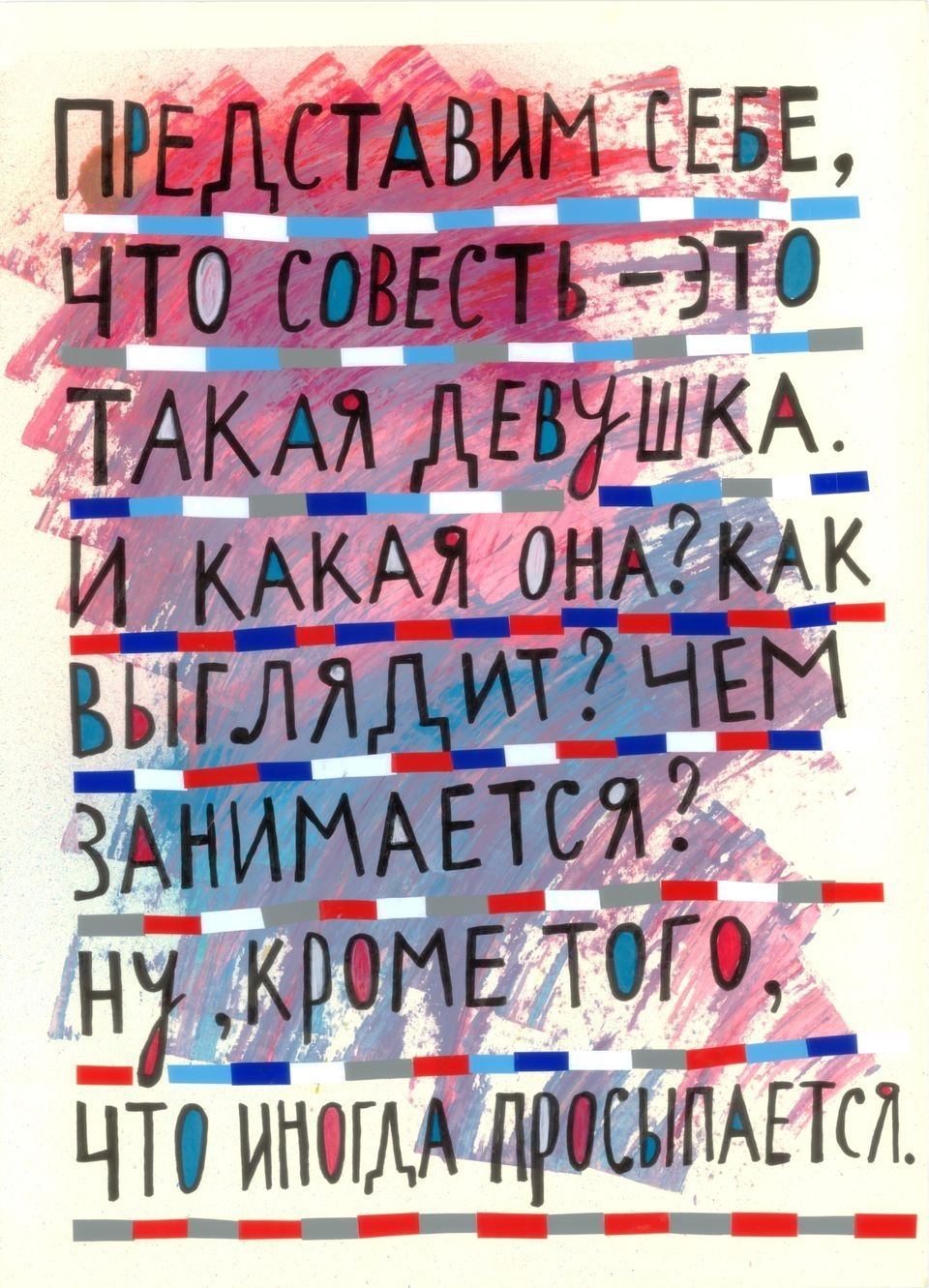 Kirill Lebedev “Imagine that conscience is such a girl”, marker, paint, paper, 2016 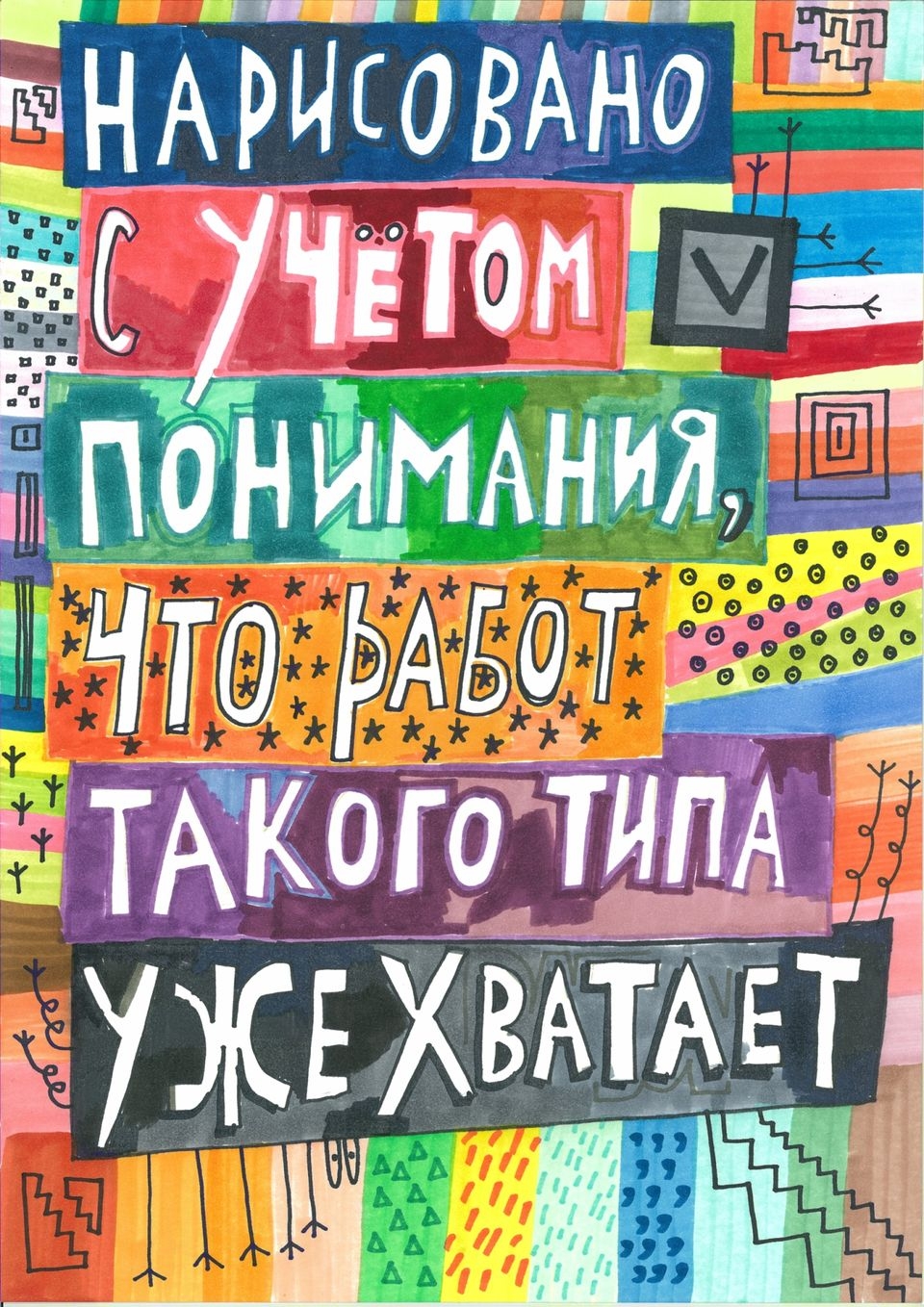 Kirill Lebedev “Drawn with the understanding that there are already enough works of this type”, marker, paper, 2016