Exhibition "Magic of the Ancient Theater"

July 18 at 18.30 in the Perm Art Gallery opens the exhibition "Magic of the ancient theater." The exposition is based on objects from the collections of the Ostankino Museum-Estate, giving an idea of ​​the theater during the heyday of this art in Russia of the 18th-19th centuries. 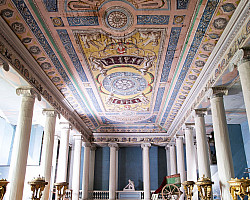 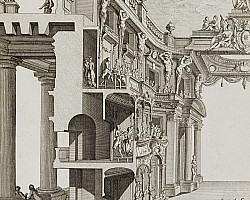 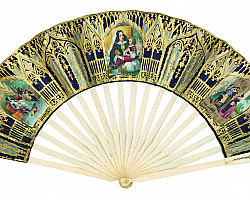 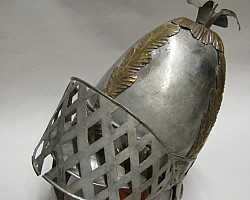 2019 is declared the year of theater in Russia. This year, the Ostankino estate celebrates its anniversary - a hundred years since the opening of the museum in the theater and palace complex, built at the end of the 18th century. An exhibition is dedicated to this date, telling about the ancient theater and its significance in the lives of people of the 18th-19th centuries.

Today, most of the technical effects of the scene occur at the touch of a button on the director’s control panel. But how did light turn on before the invention of electricity? How did the curtain rise? How did the scenery change? Now we hear sound effects from the speakers, but how did you cope with this task before the invention of audio equipment? The exhibition “The Magic of the Ancient Theater” gives answers to these and other questions about the theater, which arose long before the onset of our century of high technology.

The exhibition consists of items stored in the collections of the Ostankino estate museum and directly related to theatrical performances during the heyday of this art in the 18th-19th centuries. The exhibition will feature more than 100 exhibits.

The magic of the theater is created from many components - this is the talent of the architect designing the building, and the theater artist, who designs the performance with decorations, props and creates costumes for actors, and a playwright, whose characters are transformed into heroes of the works. Equally important for the production is the equipment of the stage with theater machinery and a lighting system.

Visitors will be able to see the current model of the “thunder machine” of the 18th century, the genuine lamps used in the Ostankino Theater - one of the most advanced in equipping its time. The props deserve special attention: helmets and helmets, arrows and bow of the late 18th century, as well as a collection of accessories from the early 20th century, owned by the singer Nadezhda Danilovna Belskaya. Watercolor sketches show theatrical scenery, theater buildings and stage designs. Portraits of actors of the 18th century in stage roles that made them famous are noteworthy. The exhibition is complemented by a number of objects of decorative and applied art, decorated with fashionable themes throughout the 19th century on theatrical themes: porcelain, embroidery, fans, paintings and prints.

The exhibition, organized with the support of the Ministry of Culture of the Perm Territory, will work in the Perm Art Gallery until August 18, 2019.