As you know, we live in the "future" of our parents and are building the future of our children. How do we want to see it? Was this how our ancestors imagined the city of the future? What ideas were implemented and what were not, and why? The Museum of Moscow offers to reflect on the main utopias of the capital’s urban planning plans, to see how the city grew and developed thanks to the ideas of the brightest personalities - “creators” and to dream about the future. 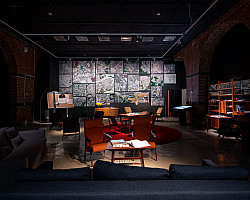 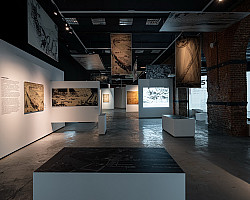 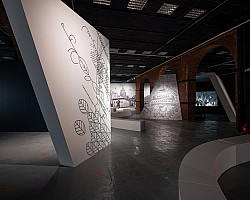 Photos: Press Service of the Moskomarkhitektura

Here - in the year of the 30th anniversary of the Moscow City Architecture Committee and the Year of Architecture and Urban Development in the CIS countries - an exhibition opens, which will acquaint viewers with the iconic ideas and objects of Moscow, show how the interaction between the participants in the urban planning process is now arranged, and also indicate the influence of the era and specific people on the appearance and structure of the city. Combining professional language and popular presentation, the exhibition shows the development of architecture and urban planning in Moscow. “This is an exhibition about how the familiar fabric of the city has developed, how it could change if the dizzying fantasies of city planners were realized, how and by whose hands it is changing right now and how we, the townspeople, can participate in this. The components of the exhibition form a three-dimensional picture of the design of the future, ”says project curator Dmitry Likin.

The exhibition space "passes" through the timeline of the past, present and future. This is a unique opportunity to see what Moscow would be like if the dreams of the constructivists came true and the Stalinist General Plan came true. The history of the master plans for the development of Moscow is presented with the help of a multimedia installation, which in an accessible form conveys the basic concepts that underlie the complex urban planning documents. A kind of counterbalance - the "Utopias" section, presenting the most daring ideas for transforming Moscow, which often had little in common with reality: among them the Automobile Tunnel under Red Square, the competition for the development of Moscow in 1932, including the proposals of Le Corbusier, the famous "Flying City" by George Krutikov and much more.

Viewers will also see a series of short documentaries made especially for the exhibition by the creative studio "History of the Future" by Mikhail Zygar, dedicated to the development of roads, social and cultural infrastructure, greenery and parks, as well as phenomena that influenced the development of the city (transfer of the capital, flooding, fires, anniversaries, Olympiad-80, etc.).

For the exposition, the Museum of Moscow has provided more than 200 objects - archival photographs, negatives, lithographs, prints and postcards of the 19th-20th centuries, as well as maps and plans for the development of Moscow from the 17th century to the 1960s. Some of them were used in multimedia videos, and some are presented at the exhibition. At the exhibition you can see a series of postcards "Moscow of the Future" in 1914, photographs of Boris Tombak, Alexander Kapustyansky, Emmanuil Evzerikhin and other famous artists and correspondents, as well as books from the collection of local historian and historian Pyotr Vasilyevich Sytin.

Special attention of the audience will be attracted by touch tables with interactive games. Visitors will be asked to build their ideal city, select a suitable object for the built-up area of ​​the playing field, as well as take a test on their knowledge of various topics from the field of urban planning and architecture.

"Moscow: Designing the Future" is a visionary project, which was worked on by a team of professionals: Chairman of the Moscow Committee for Architecture and Development Yuliana Knyazhevskaya, Chief Architect of Moscow Sergei Kuznetsov, Chief Artist of Channel One Dmitry Likin, as well as specialists of the Moscow Committee for Architecture, Institute of the General Plan of Moscow, Museum of Moscow, Centrinform and Bureau Planet9.

“If we talk about architecture, I don’t believe in any ’grand style’ that we should follow,” says Chief Architect of Moscow Sergei Kuznetsov. - Moscow is a very eclectic city. From the point of view of history, each style is modern, be it white-stone churches or the Stalinist Empire style. Each layer was created by the best representatives of their time, and they were often foreign architects. Today, we also must not shy away from the international agenda, from globalization. Do not be afraid to invite foreign architects and hold international competitions, be in search of new forms and ways of expression. The very idea of ​​choosing one style and preserving Moscow in it is a big mistake. Modern, avant-garde, classicism, baroque - they were all relevant to their time. It is important to feel development, continuity. We work in the citywhich was built for a very long time before us, and after us it will be built for a very long time. And our task is to do our part as efficiently as possible. Then the city of the future will be as beautiful as the Moscow we inherited. "

“The exhibition provides an answer to the question: what is a city in the modern sense,” says Tatyana Guk, director of the Moscow General Planning Institute. - In order to see the image of the future city today, you need to ask yourself the question: what is modern Moscow? Is this a city for Muscovites? A city for cars? City of Opportunity? At one time, the General Plan of 1935 was an instruction for the implementation of the idea of ​​an ideal city with the aim of turning it into the capital of the world proletariat. And this idea was quite viable thanks to the planned economy. Now the situation is different. Russia is not isolated from the rest of the world and strongly depends on global trends: the situation in the world is changing - the situation in the country is changing. In addition, one more component is included - residents, townspeople, for the sake of whom all work is being carried out to create a comfortable urban environment.Now the main value is human capital ”.

“The exhibition tells about Moscow urban planning in all aspects. Utopia is an integral part of designing and talking about the city, says Anna Trapkova, director of the Museum of Moscow. “It has always been common for architects and urban planners to strive for an ideal and unattainable city. However, in each period of time, different ideas were at the heart of the image of the city of the future. The exhibition at the Museum of Moscow will tell the widest audience about how approaches to the city have changed over the past hundred years, and will show how innovative ideas have been embodied in the urban environment over time. "

Curator of the exhibition "Moscow: Designing the Future"

A look into the future is formed by the interaction of analytical models (demographic, social, transport, spatial) with the mechanisms of their practical implementation (norms, rules, business processes). In Moscow, the coordination of this activity is carried out by the Moskomarkhitektura.

A city, especially a capital city, is a complex organism formed under the mutual influence of various objective factors, sudden events and the fate of specific people living in these circumstances.

The city has different development models. These models serve the global and political agenda (for example, the notorious "Khrushchev" - the implementation of the demand for social justice) and respond to the development of technology.

The organization model of the post-industrial network city will inevitably differ from the usual way of the industrial model, and this is not a whim of the current city administration, but following objective and obvious (at least for professionals) trends.

Urbi et orbi - “to the city and the world”. The dream of the ideal arrangement of both was embodied in the master plan for the development of the city. It is essentially a romantic document, a mixture of ideology and architecture, an instrument of politics expressed through urban planning.

The master plan is the ultimate embodiment of the modernist paradigm, which presupposes belief in progress, in the possibility of rational transformation of the world, in the boundless powers of man. In this capacity, the master plan is a "passing nature", a sign of the 20th century. In the new multidimensional time that has come now, with its endless possibilities and unpredictable chances for their implementation, it occupies an honorable place in the history of titanic projects of the recent past, along with plans for space exploration or turning Siberian rivers.

The project focuses on not so much iconic figures as significant; visitors will not meet many iconic characters of Russian architecture, but they will learn about little-known creators who really influenced the development of Moscow.