Exhibition of the association R.S.S.S. "Conveyor. Episode two". In memory of Konstantin Ryabinov

Exhibition of the association R.S. S. S. “Conveyor. Episode two ”is dedicated to the memory of the musician and artist Konstantin Ryabinov, one of the members of the association. The first large exhibition in memory of Ryabinov was held in his homeland in Omsk at the end of 2020. The St. Petersburg exhibition will be completely different: the extensive exhibition in Boreya will feature works stored in private collections and galleries in St. Petersburg. 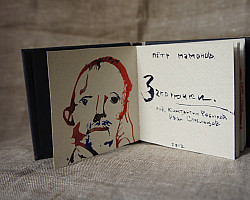 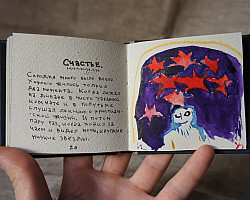 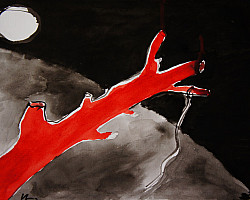 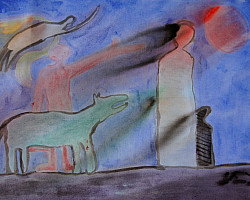 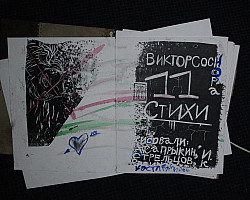 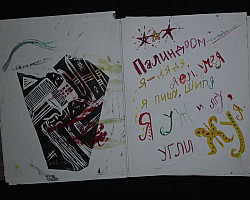 The history of the artistic group R. S. S. S. S. dates back to August 2009, from the moment Ivan Streltsov and Konstantin Ryabinov met. The fruit of the first meeting was two copies of the book "Emptiness" with poems by Constantine, executed by hand and presented in February 2010, with a total weight of 11 kg.

In August 2010, after Konstantin’s acquaintance with Alexander Saprykin and his activities, there was a feeling of the need for joint creativity on terms of complete author’s freedom and co-author’s conceptualization. The first immediately embodied fruit of the Ryabinov – Streltsov – Saprykin unification was a poetic work in five parts "The History of Russian Tsars and Certain Queens".

In the future, the forces of artists with an enviable frequency combined to create musical, poetic and artistic works. At the end of 2017, Borislav Streltsov, Ivan’s brother, joined the group, after which in August 2018 the name “R. S. S. S. "

Behind the shoulders of "R. S. S. S. ”a large number of exhibitions and concerts. The joint activities of the group were terminated due to the sudden death of Konstantin Ryabinov in March 2020.

October 22 - December 15, 2020 in the Historical Park in Omsk there was an exhibition of R.S. S. S. "Conveyor". The exhibition presented a wide range of works, covering the entire period of the creative union. At the opening of the exhibition, Sergei Letov and Oleg "Manager" Sudakov performed solo programs. Now a commemorative exhibition will be held in St. Petersburg.

Konstantin Valentinovich Ryabinov was born in 1964 in Omsk. In the late 1970s he became the guitarist of the punk band of Alexander Klipov "Ivan Morgue and the Dead", in 1984 he began working with Yegor Letov in his first rock project "Posev". In the same year, together with Yegor Letov and Andrei Babenko, he founded the Civil Defense group, a member of which he remained for 15 years, with interruptions caused by military service and participation in

other projects. While recording the albums of "Civil Defense" Konstantin Ryabinov played a variety of instruments, performed at concerts as a bassist (1989-1990) and a solo guitarist (1994-1999,