Exhibition "From thaler to dollar. The era of silver"

On October 7, 2020, the Museum of the International Numismatic Club turns five years old. In honor of the anniversary, the MNC Museum presents the exhibition “From thaler to dollar. The Age of Silver ”.

The exhibition will tell the fascinating history of the origin and circulation of thaler - the main silver coin of the countries of the Old and New Worlds. 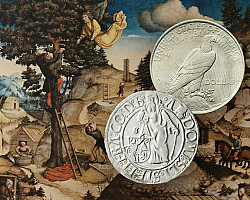 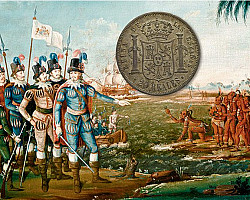 Among the exhibits are one of the thalers that gave the name to this denomination - joachimstaler, as well as a series of mountain thalers, which were minted in Germany, where metal mining was well developed and the labor of miners was highly valued.

During the excursion, you can see the engravings of the first scientist-mineralogist Georgiy Agricola, which have come to life. Find out with the help of an interactive world map how the new silver denomination, having made a long journey across the European continent, crossed the ocean and became the dollar - the national currency of the United States.

Augmented reality will take you to the medieval town of Annaberg-Buchholz, and then to another continent to America, just discovered by Columbus, to the legendary Mount Potosi.

For all lovers of riddles, the exhibition has prepared a fascinating quiz, where everyone can test their knowledge of the history of this amazingly beautiful coin - thaler.