On the occasion of the Day of Remembrance of the Victims of Political Repression, celebrated in Russia on October 30, the exhibition "In Memory of the Repressed Artists: Nikolai Andreev, Sergei Bigos, Grigory Gurkin, Alexander Vologdin, Ivan Sverkunov" has opened in the Gallery of Siberian Art (23 Karl Marx Street). The exposition is dedicated to the artists who became victims of the mass repressions of 1937-1938. Each of them was charged under various points of Art. 58 of the Criminal Code of the RSFSR in counter-revolutionary crimes. All of them were subsequently rehabilitated as illegally convicted. 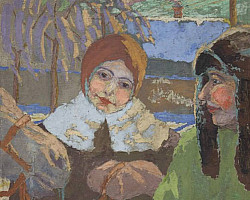 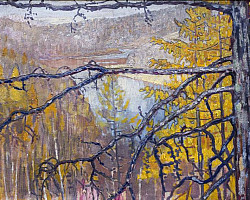 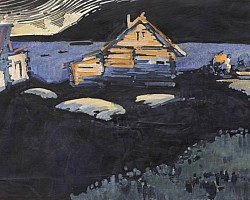 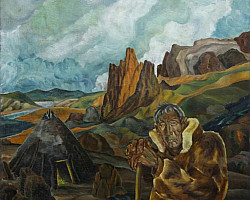 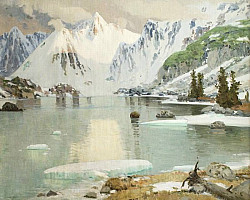 1930-1950s - years of political repression in the USSR. Since 1937, after the NKVD Order No. 00447 was published, they began to be widespread. From January 1, 1937 to January 1, 1938, 24,007 people were arrested in the Irkutsk region on charges of counter-revolutionary activities. People from various spheres were accused of belonging to various "anti-Soviet organizations". The artists did not escape this fate either. The collection of the Irkutsk Art Museum contains works of authors whose lives were ruined during the mass repressions. Among them are Nikolai Andreev (1889-1938), Sergei Bigos (1899-1944), Grigory Gurkin (1870-1938), Alexander Vologdin (1889-1938), Ivan Sverkunov (1894-1938). Three of them were shot, Sergei Bigos was sentenced to imprisonment and during the war years he died in Usollag, Nikolay Andreev died during the investigation in prison.An exposition in the Gallery of Siberian Art is dedicated to their memory.

The exhibition "In Memory of Repressed Artists" will be open in the Gallery of Siberian Art of the Irkutsk Art Museum (Karl Marx Street, 23) until November 29. Telephone for inquiries and registration for visiting the museum: 33-43-89.