On September 25, the Perm Gallery will host the exhibition "Thank you, Perm!", Dedicated to the history of the evacuation of Russian museums during the Great Patriotic War to our city, which at that time was named after Molotov. Three of the ten largest museums located in 1941-1944 in the Molotov Region will take part in it: the State Tretyakov Gallery, the State Museum of Fine Arts named after A.S. Pushkin and the State Central Museum of Theater Arts. A. A. Bakhrushina. After 75 years, works of art have returned to Perm. This exhibition is a sign of gratitude to the museums of the Perm Territory for the years of hard trials they have lived together, for the preservation of the cultural heritage saved thanks to the professionalism and coherence of joint actions of museum workers. And Perm thanks those who worked here in the forties, giving a new impetus to the cultural development of our city. 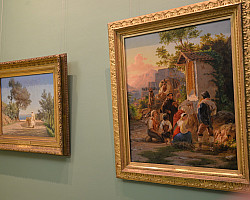 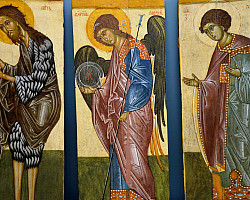 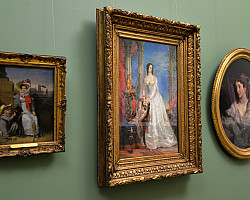 Each museum participating in the exhibition will present several dozen works that have been evacuated, as well as documentary materials testifying to the history of the salvation of works of art, the military everyday life of museums and the lives of people who did everything to preserve cultural values ​​for future generations. The exhibition will occupy 9 rooms on the first floor of the gallery - the very halls in which works of art were kept during wartime.

The State Tretyakov Gallery brought a collection of icon painting and Russian painting to the exhibition. Among the icons on display are rare works of the 15th - 16th centuries, which reflect the traditions of the most ancient Russian icon painting schools - Novgorod and Tver. Russian painting is represented by the names of remarkable Russian artists of the 19th - 20th centuries. Among them are Fedor Bronnikov, Vasily Tropinin, Pavel Bryullov, Fedor Vasiliev, Lev Bakst, Isaac Brodsky, Nikolai Krymov, Boris Kustodiev, Nikolai Sapunov and others.

Museum of Fine Arts. A.S. Pushkin presented an engraving of the 18th century by Western European masters - the British, Italian and French schools. Over the course of the 18th century, Western Europe gave the world a constellation of outstanding engravers, the first among whom is undoubtedly Giovanni Battista Piranesi. The British engraved portrait is represented by works by Valentine Green and John Raphael Smith. The view engravings by Thomas Moulton, included in the exhibition, reveal the cityscape to the viewer. The qualitatively high level of the graphic exposition is due to the presence of rare prints, most of which are exhibited in Russia for the first time.

Museum of Theater Arts. A. A. Bakhrushina presented theatrical sketches for the performances of the Russian seasons by Sergei Diaghilev, productions of the Mariinsky Theater, the Moscow Art Theater, the Opera by S. I. Zimin, the Leningrad Academic Drama Theater and performances of other theaters created in the 19th - first third of the 20th centuries. Among the authors of theatrical sketches are famous artists Valentin Serov, Kuzma Petrov-Vodkin, Alexander Golovin, Pyotr Konchalovsky, Appolinarius Vasnetsov, Alexander Benois and other masters.

The exhibition in the Perm Gallery kicks off a two-month festival “Thank you, Perm!” Dedicated to the 75th anniversary of Victory in the Great Patriotic War. The festival will bring together more than 25 events - art exhibitions, readings of plays, lectures and master classes. These events will tell viewers how the rear city of Perm helped the country preserve its national treasure during the difficult war years, as well as save the lives of hundreds of thousands of people.

Exhibition "Thank you, Perm!" will be available to viewers from September 25 to November 30, 2020.

The project was carried out with the support of the Ministry of Culture of the Perm Territory.