Exhibition "Century for the Eternal"

From September 21 to November 30 in the center of Grabar there will be an exhibition "A Century for the Eternal" dedicated to the 100th anniversary of the first restoration workshops in Moscow. In 1944, the largest restoration center in the country was created on their basis, named after its founder - the famous artist and restorer Igor Grabar. In the 20th century, tens of thousands of unique works of art were saved in the center of Grabar. Among them are paintings by Russian and European artists, graphic works, rare fabrics, ancient icons and manuscripts, antique furniture, unique creations made of stone, ceramics, porcelain, metal and bone. 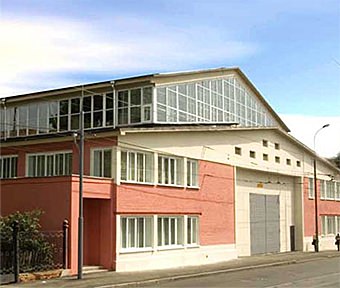 The exhibition "A Century for the Eternal" is the result of many years of work of all the workshops of the Center, as well as its three branches in Arkhangelsk, Vologda and Kostroma. The exposition will include more than 140 exhibits from 50 Russian museums that have undergone restoration and attribution at the Grabar Center in different years. Many of them have been stored in storerooms for decades and first presented to a wide audience.

Each exhibit will be accompanied by a description of the restoration process. The program with elements of augmented reality Artefact will allow you to see objects before restoration and find out the details of iconography and the author’s intention.

During the exhibition, excursions and master classes of restorers on the anniversary exhibition with visits to workshops will be held.

One of the most ancient and valuable monuments presented at the exhibition is the Pskov icon “Our Lady of the Hodegetria” of the 13th century (Pskov State United Museum-Reserve). A characteristic example of early Pskov painting, one of the few that have survived to this day from that era. As a result of many years of complex restoration, the icon will appear for the first time before the viewer after the author’s painting is fully revealed.

The Shroud of Christ (Pskov State United Museum-Reserve), also executed by Pskov craftsmen and in 1925 entered the museum from the single-faith Trinity Church in the village of Bolshoy Zagorye near Pskov, dates from the middle of the 16th century. The Shroud consists of a centerpiece with the image of the multi-figure composition “Position in the Coffin”. The text of the Song of Great Saturday is sewn along the border of the shroud with gold threads.