New York is a city of contrasts. Gershwin and Chaplin, Molinelli and Nyman sound… A song played on a saxophone with an organ is paradoxical. As paradoxical as New York itself… 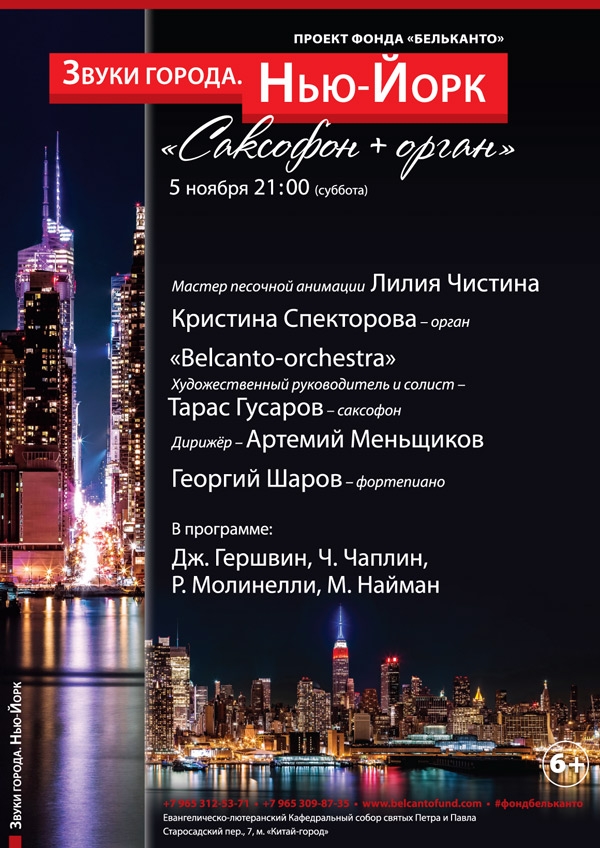 New York is a city of contrasts. This statement, since the distant Soviet times, comfortably deposited in the subconscious of every Russian. At the same time, it was believed that contrasts are very, very bad. But after all… not everything is so simple! In fairness, you need to consider - what exactly are the contrasts in mind? If, for example, we talk about musical contrasts - what could be more remarkable? New York City Orchestra. His skyscrapers, like giant organ pipes, pierce the sky, raising his unique polyphonic symphony to the clouds. The symphony is variable, different, but… so recognizable. Gershwin and Chaplin, Molinelli and Nyman… A song played on an organ saxophone is paradoxical. As paradoxical as New York itself…