Igor Dryomin: 10 years from the life of the artist

The Khanhalaev Gallery presents from June 10 to July 5, 2015. in the Central House of Artists the exhibition "10 years from the life of the artist." The project is dedicated to the 10th anniversary of the gallery’s collaboration with the famous Buryat artist Zorikto Dorzhiev. The exposition includes about 40 paintings, graphic and sculptural works by Dorzhiev, both already known and new ones created in 2015, as well as works by other artists of the Khanhalaev Gallery: Bato Dashitsyrenova, Balzhinima Dorzhiev, Bato Dugarzhapov, Alexander Zakharov, Jamso Radnaev, I&O Ert.

The works of Zorikto Dorzhiev surprise with the contrast of traditional techniques and unexpected, paradoxical images. The artist is always fascinated by stylization and grotesque. However, his painting and graphics are deeply imbued with a national spirit. Zorikto manages to organically combine traditional national motifs with modern artistic language. The artist often emphasizes that his paintings do not claim historical authenticity. However, he draws on ideas from ethnic traditions. 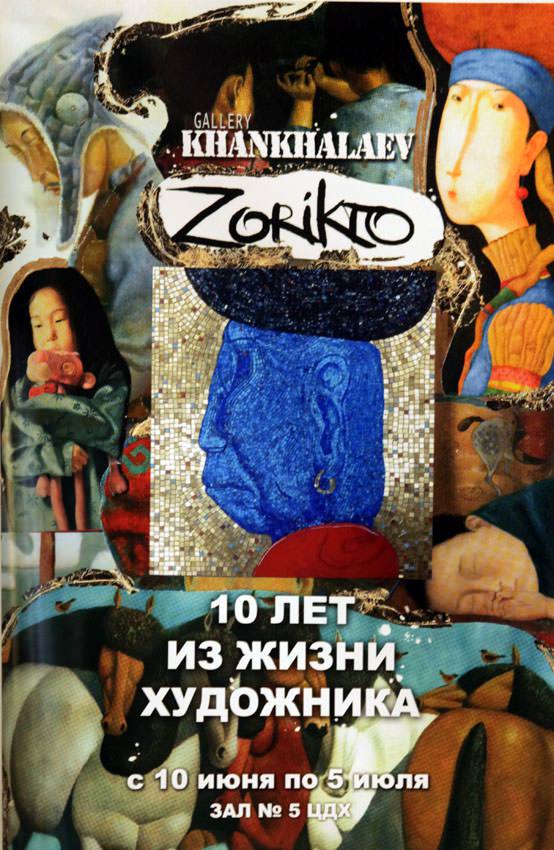 The contemporary Buryat artist has gained recognition in Russia and in many countries of the world. Over the years of Zorikto Dorzhiev’s collaboration with the Khanhalaev Gallery, more than 40 exhibitions have been organized - in Russian museums and large art spaces (in Moscow, St. Petersburg, Ulan-Ude, Irkutsk, Tomsk); as well as abroad (in the UK, USA, Belgium, France, Luxembourg, Hong Kong, Japan and Taiwan). 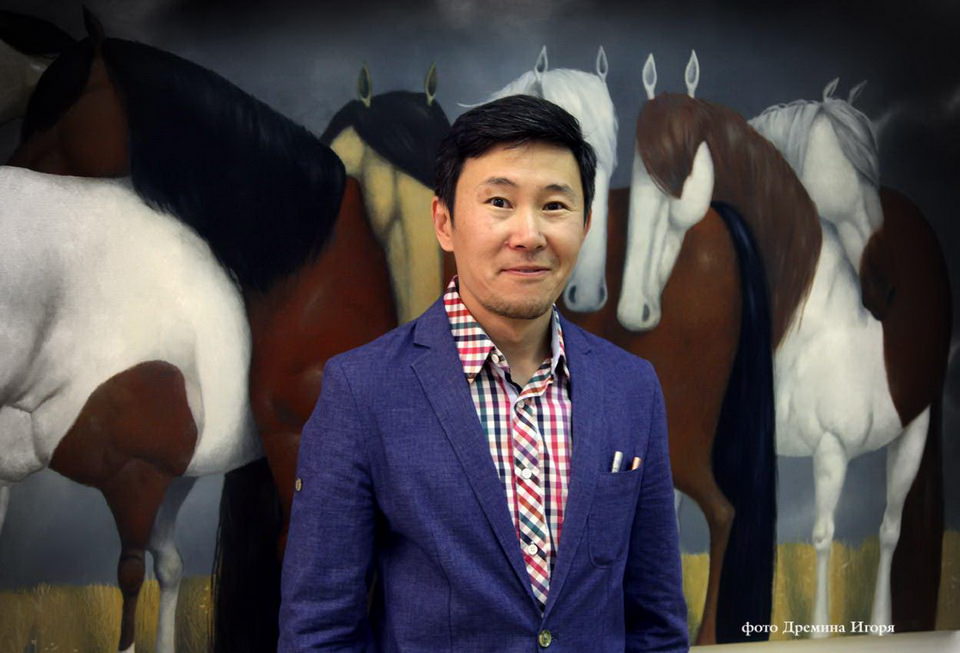 Among the largest projects, one recalls the Steppe History exhibition held in 2009 in one of the main Buddhist centers in the USA - TibetHouse, the founder of which is Professor Robert Thurman (father of Uma Thurman). In August 2010, the Khanhalaev Gallery published Isay Kalashnikov’s popular historical novel, The Cruel Age. This book has been reprinted more than ten times since its first publication in 1978 and has been translated into many languages, but has never been illustrated. The illustrations for the book “Cruel Age” were made by Zorikto in the form of graphic sheets painted with coal. In 2011, an “artist’s book” with the title “Zorikbook” was published, in which the author talks about himself and his work in prose and illustrations. In 2014, Zorikto Dorzhiev was awarded the White Elephant Guild of film critics and film critics for work on Alexey Fedorchenko’s film “Heavenly Wives of Meadow Mari”, and was also nominated for the national cinema award “Nika”. One of the recent major solo exhibitions of Zorikto Dorzhiev’s “Imaginary Reality” was held at the beginning of 2015 at the State Tretyakov Gallery on Krymsky Val.