If you translate the word "expressionism" from Latin into Russian, you get the "expression". This trend has developed in European literature and art for about 15 years, from the beginning of the 20th century. 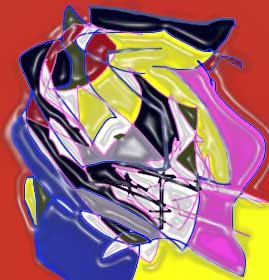 It should be noted that the creation of the direction was due to a peculiar response to the acute social crisis of the early 20th century (various revolutionary upheavals in Europe and, of course, the First World War). The direction became an expression of protest against the ugliness of bourgeois civilization. Critical social pathos distinguishes most of the works of this direction from the art of many then popular avant-garde movements, which developed in parallel with expressionism or immediately after it (for example, surrealism and cubism).

Expressing protest against the world war and various social contrasts, against the suppression of personality by social mechanisms and the dominance of things objectionable to society, expressionists combined protest with an expression of mysticism and horror of the real chaos of modern life. The crisis of civilization appeared in the paintings of expressionists as one of the links of an imminent apocalyptic catastrophe that was approaching humanity and nature as a whole. The first to use the term "expressionism" was Walden, who was the founder of the journal "Storm".

IVR (Interactive Voice Response) - voice messaging system for voice answering machine for which are recorded in advance. The system routes calls inside the call center to ensure the correct loading of operators.

The principle of a comprehensive modern interpretation of reality, which prevailed in expressionism over the universe of the most low-lying sensory sensations (they formed the basis of artistic images in impressionism), will determine the tendency to some irrationality, exacerbated by fantastic and emotional grotesque. Most clearly the main principles of expressionism were revealed in Austria, Hungary and Germany.