History of Norwegian art of painting

In modern eyes, the beauty of the northern Norwegian fjords and mountains is so undeniable that it is hard to believe that anyone could have thought otherwise. But until the 19th century, “beauty” was something cozy, safe and generally artificial, and wild landscapes and wilder seas were a matter of battle, not admiration.

Today we admire the untouched charm of Nordland, and this is largely due to romantic artists - people like Adelsten Normann (1848–1918), a landscape painter from Bodo, whose work is widely known for popularizing travels in the Norwegian fjords. Born in 1848, Normann settled in Germany, where he became a favorite of Kaiser Wilhelm II and a mentor to Norwegian Edward Munch. 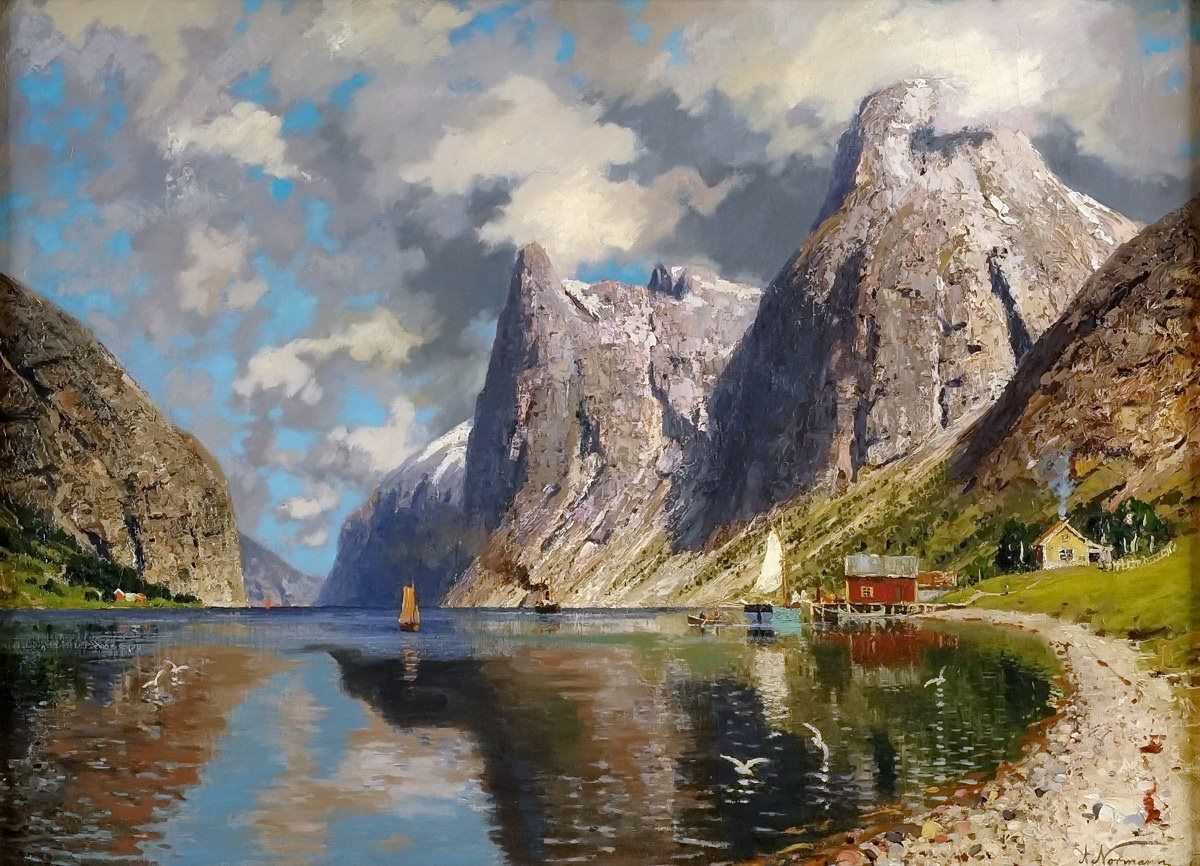 But his memories of the light-lit landscapes of his homeland - recharged with annual summer visits - never left him and even dominated his life. His paintings are perhaps more “honest” than today’s chocolate aerial photographs of cruise liners drifting through the incredibly blue fjords.

Captured from ground level, they show clouds licking towers of broken rocks, and human activity is reduced to insignificance - small boats, tiny clusters of wooden houses. But they still represent an extremely positive outlook in this larger landscape. You can see them in some beautiful Norwegian art galleries, such as the Art Museum of Northern Norway in Tromsø and the Gallery Lofotens Hus in Henningsvayer, and then go outside and see for yourself. For 150 years, little has changed in the fjords.

Even more remarkable was Peder Balke (1804–1887) . Born in 1804, he was the first Norwegian artist to give goosebumps to the northern landscapes of his homeland, creating her the image of an empty and dangerous place. He fell in love with this region during a summer tour in 1832. “I cannot begin to describe how delighted I am,” he wrote. “The highest impressions of the richness of natural beauty have affected my entire future. I have never looked at anything so impressive and exciting. ”

His paintings are emotionally darker than Norman’s, with low clouds, wind-blown seas and mountains that either threaten to crush the viewer or make him retreat to a hypnotizing distance. These paintings sold poorly and Balcke abandoned his artistic career, painting only for his own pleasure. 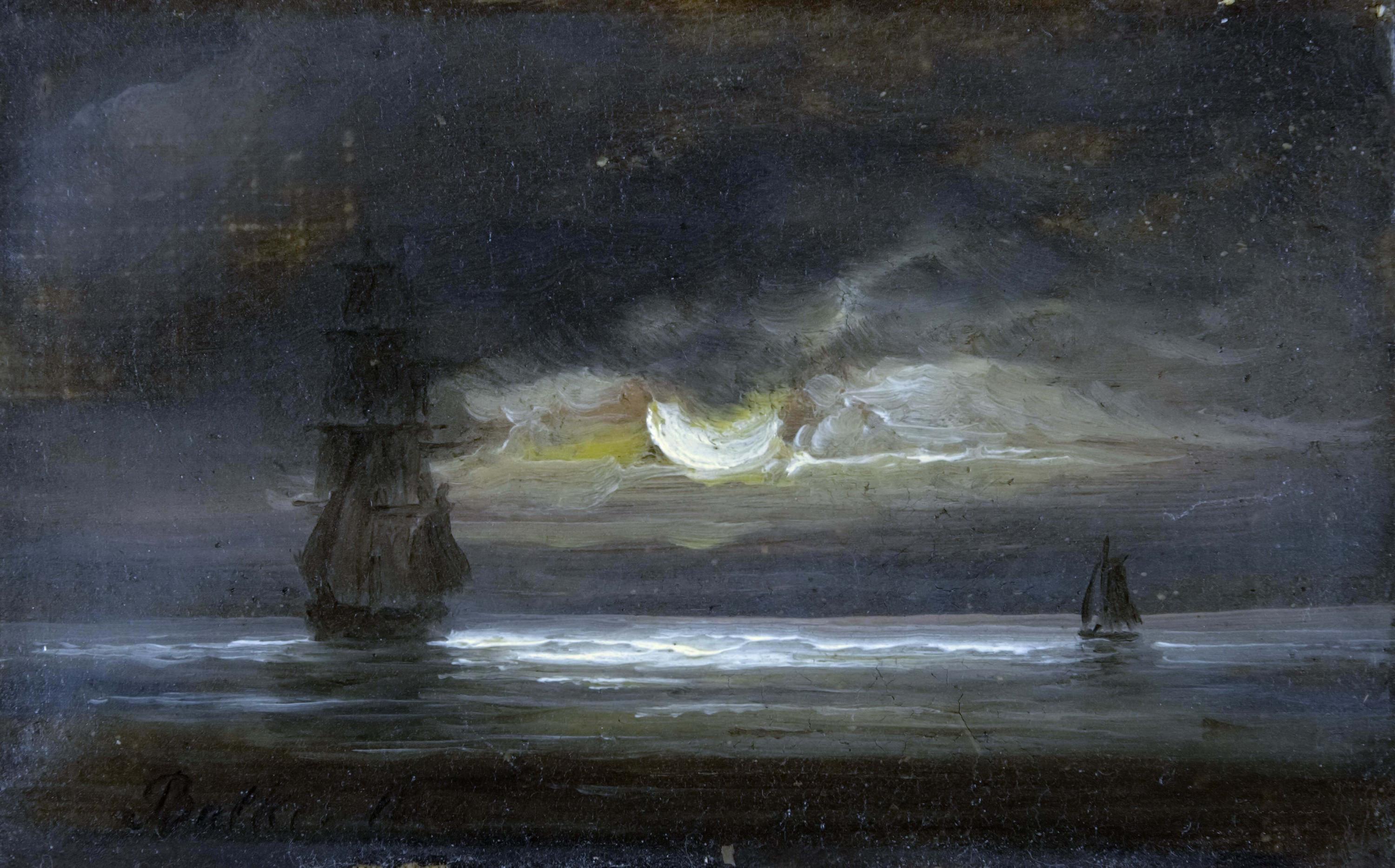 His later works are the most powerful of all. Balcke simplified his style, his painting became less detailed and almost monochrome, often portraying humanity as shy against the elemental forces of nature - lighthouses on lonely shores, sailboats lost behind towering seas. And it all looks amazingly modern.

Many artists followed this style, made at the end of the XIX century their contribution to the so-called “Golden Age of Art of the Northern Lands”. Among them are friends and rivals, Gunnar Berg and Otto Sinding, influential End Ulding and wildlife artist Franz Diderik Boe. The tradition continues today.

Jan Harr prefers working on mountain pastures strewn with intricate wildflowers, and his brother Karl Eric is known for seascapes, many of which depict the area around Kierringoy, Hamara, Helgeland and Lofoten. His work can be found on several Hurtigruten cruise ships. Their own sister, Eve, is attracted by the darkness, or rather the subtle twilight of the Arctic winter, describing her "feelings of belonging to the timbres of the polar night and the poetry of poor light."

Northern Norway is one of the best places in the world where you can see the northern lights. A place where you can not only get closer to history, but also see the beautiful wild almost untouched nature.