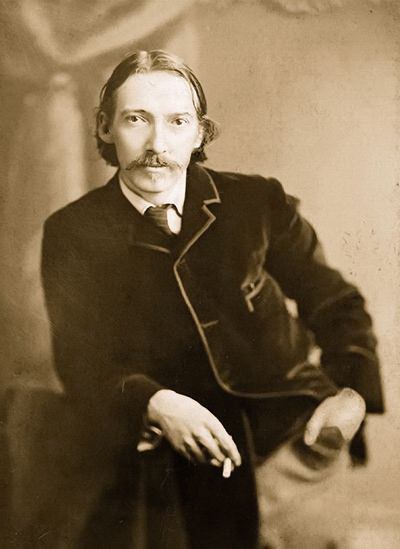 Robert Lewis Stevenson owed much to his short and eventful lives for poor health. Talent often becomes a kind of compensation of nature for lost due to weaknesses of joy. Even in childhood, Robert, endowed with a remarkable imagination and sentenced to bed rest due to frequent colds, begins to compose amazing stories. Neither studies at the Faculty of Engineering, nor a law course did not affect the final choice of vocation. Writing and traveling occupied Stephenson most of all. After meeting his future wife Fanny Osbourne in France, Stevenson’s life became a tireless concern for the well-being of the family. The children of Fanny from his first marriage became truly family for him.

Tuberculosis diagnosed early enough (according to other sources - severe pathology of the bronchi) required serious treatment. The composition of the drugs also included potent substances, the reception of which gave rise to strange states and images. The plot of the story about Dr. Jekyll and Mr. Hyde was seen by him during such a oblivion. The story captivated him so much that the book was written in just a week. Why this option was destroyed by Fanny is not known for certain, but Stevenson restored what was lost in three days, thereby ensuring a good income for his family. The book about the splitting of the personality and the devils escaping outward, destroying the bright side of the personality, was very successful from the very beginning. The success of Treasure Island, printed under a pseudonym, was initially scanty. Justice triumphed only after the publication of the publication with the real name of the author. A dynamic novel about pirates was liked by book readers of any age and estate. In addition to unconditional sympathy for positive characters, the reader was also sympathetic to the intelligent and charismatic John Silver. The ambiguity, multilayered, contradictory characters can be traced in many of Stephenson’s works, including stories about Prince Florisel, “The Kidnapped”, “House on the Dunes”, “Cursed Jennette”.

The illness forced the writer to leave his native land and go to the islands of the Pacific Ocean. The climate of these places seemed more favorable for its lungs and bronchi. Having settled on the island of Upolu in Samoa, he not only engaged in literary work, but also desperately defended the rights of Aborigines infringed by the colonialists. Having gained great respect from the locals, he became a national hero for them. The hot climate, coupled with constant overwork caused by constant work for the good of the family, caused a stroke. Stevenson died at age 44 and was buried on top of Mount Veah.

Half of the manuscripts were lost after his death, dispersing at various auctions. Attempts to trace their fate begin to bring first successes. There remains hope for their gradual return and new literary upheavals.