MOSCOW. The winners of the III contest of composers "Prokofiev’s Time" have been announced.

A brilliant composer, innovator who hated hackneyed tricks, a talented writer with a brilliant sense of humor, an excellent chess player who called the ancient game the music of thought and somehow won a game against Jose Raul Capablanca. Whatever epithets may have been honored by Sergei Prokofiev, colleagues, poets, enthusiastic admirers and envious people. The chairman of the globe and the invincible Scythian, beating the tambourine of the sun, the classic and musical futurist, the greatest composer, sophisticated intellectual and formalist. 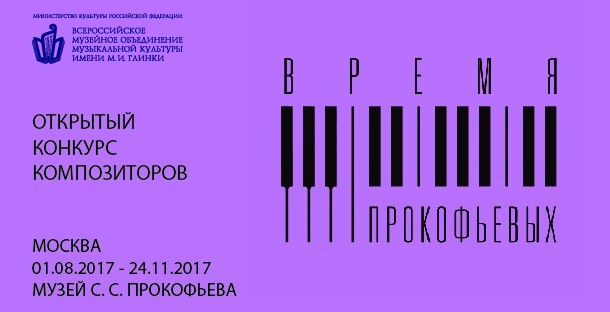 The air of a foreign land did not arouse inspiration in him; in his homeland, his music was either elevated or compared with the sounds of a musical gas chamber and drill. The decision to return to their homeland led to disastrous consequences. To the hell of the Gulag for his wife, declared a spy, the collapse of family life, the inability to freely travel abroad. To accusations of formalism and a secret ban on the execution of his works after the infamous decree. To stress, undermined health and sudden death.

Svyatoslav Richter considered brilliant all the works of Prokofiev without exception. Unknown pages of his biography will be “read” only in 2053 after the opening of all archives. His name is immortalized in the names of streets, museums, art schools and monuments. However, the main thing that the composer leaves behind is his music and experience, inspiring subsequent generations.

The descendants of Sergei Sergeyevich in 2015 supported the initiative of the Glinka Museum of Musical Culture Association to hold the composers competition “Prokofiev’s Time”. The tasks of the creative competition are the discovery of new names, the popularization of the heritage of Sergei Prokofiev, the acquaintance with the work of his descendants: poet and artist Oleg Prokofiev, composer Gabriel Prokofiev, anthroposophist Sergei Prokofiev, whose youthful mystical poems about the spiritual personality of man inspired the participants of the first season to create competitive works.

In 2017, the competition was held for the third time. On November 30, the names of his laureates were announced at the Prokofiev Museum. The composer, an employee of the A. A. Bakhrushin Theater Museum Svyatoslav Ovodov won the nomination “Academic Form”. In the category “Non-academic experimental form” - Alexandra Filonenko, a student of Edison Denisov, who now lives in Berlin.