One of the main events dedicated to the 75th anniversary of the lifting of the siege of Leningrad was the premiere of the movie "The Scream of Silence", which in Moscow is in the movie theater "Illusion". 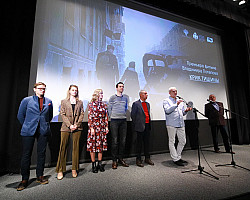 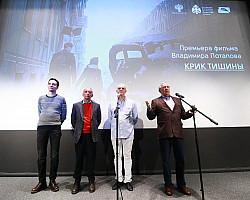 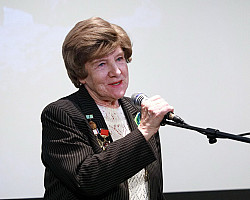 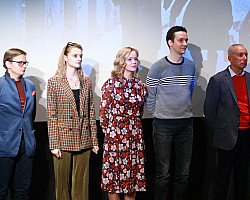 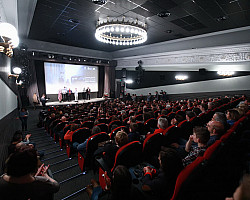 The film takes place in the besieged Leningrad in the winter of 1942. "Scream of silence" is a drama about two children who are forced to fight for survival in a besieged city. The main spectators of the premiere were people who survived the horrors of the blockade. People with amazing fortitude and faith in the best.

- There are many more of us - blockers! We live in 103 countries and regions. There are 2,800 of us in Moscow, 320 in the Central District of the capital. A 100-year-old lady lives in our area, and the youngest blockade is now 77 years old. We are doing everything to carry the memory of Leningrad. We meet with schoolchildren: we tell how difficult it was, but we did not give up. Children from 4 to 5 years old dragged sand and water into the attics. So the children also contributed to this feat - said Zinaida Petrovna Ivanova.

“Scream of silence” is a story about love, hope and feat that a person can perform, regardless of age and circumstances.

- During World War II, more than 350 victorious salutes were sounded. And only once did the firework sound where the feat was accomplished - in Leningrad (all the others were organized in Moscow). The greatest feat of Leningrad consisted of many feats of civilians, such as you and I, ”said Andrei Nazarov, Advisor to the Chairman of the Russian Military-Historical Society.

The film “The Scream of Silence” is based on Tamara Zinberg’s novel “The Seventh Symphony”. Script - Alexander Borodyansky. The role of the savior of a three-year-old baby abandoned by her mother was played by schoolgirl Alina Sargina. The film was shot last winter, despite the difficult weather conditions. The carefully restored and colorized chronicle of the besieged city was combined with the footage.

- It is impossible to shoot in Leningrad. And in Moscow it is impossible. How to take off 1942? The architecture has changed. Or you need to "build" Leningrad in a new way, or something else. Therefore, we took advantage of modern technologies - colorization, electronic editing, computer graphics, ”explains producer Alexander Litvinov. - Experts ask questions - where did you get such a tank? They call the number such and such. And this is a tank from the chronicle! There are many such moments in the film!