Artprice.com: A Billion Dollars Per Picture? Quite possible!

PARIS. The thirteenth edition of the 13th Annual Global Art Market Report, prepared by Artprice, the world leader in fine arts market information and its institutional partner in China, Art Market Monitor of Artron, contains 288 pages of information instead traditional 180. One of the main conclusions of the report is that in 2014, record volumes of trading in works of art were reached, 15.2 billion US dollars (against 12.2 billion US dollars in 2013). 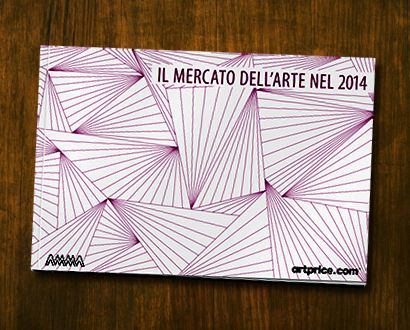 China (Hong Kong and Taiwan) again became the leader in the art market, where during the auctions last year’s revenue amounted to $ 5.6 billion (against $ 4.1 billion in 2013). In general, sales in Asian countries fell by 5%, which is associated, however, not with a drop in demand, but with large companies conducted against corruption.

Thierry Ehrmann, founder and CEO of Artprice, calls one of the reasons for this growth in the global art market a large number of newly opened museums. “Between 2000 and 2015, more museums opened their doors in the world than in the past two centuries combined, and each such museum requires at least 3,000-4,000 exhibits of good quality,” says company president Wang Jie.

The USA became the country where the most expensive works were sold, with a purchase price of more than 10 million US dollars - 83 works, which amounted to 75% of the total income of the American market. According to Artprice, there is not much time left until the moment when the price of the lot at the auction overcomes the psychological threshold of 1 billion US dollars. This incredible idea seems to be such only at first glance. Last summer, the famous journalist and art market expert Georgina Adam in his book Crazy Money: An Explosion in the Art Market in the 21st Century (Big Bucks: The explosion of the Art Market in the 21st Century ) cited the words of the head of the department of "Contemporary Art" at Christie’s auction Francis Outred (Francis Outred), which expects an increase in prices for objects of art in the near future.

Over the past twenty years, the financial "firepower" of the art market has significantly changed it. While in the 80s the price ceiling of $ 10 million seemed unattainable, at the beginning of the new century, $ 100 million already did not seem to be an exorbitant price for truly valuable exhibits. Confirmation of this - the picture "When will you marry?" (Nafea Faa Ipoipo, 1892) of the French post-impressionist Paul Gauguin (Paul Gauguin, 1848-1903), which was bought for 300 million US dollars. Until now, the undisputed leader was one of five versions of the painting “Card Players” (Les joueurs de carte, 1895) by Paul Cézanne (1839-1906), which was also sold to the Qatar royal family in early 2012 (like the canvas Gauguin) for $ 250 million.

Artprice experts believe that the reason for the high prices for top lots in recent years is the fact that art is becoming an increasingly stable and reliable investment, which is much more resistant to financial “turbulence” than, for example, stock markets.