WASHINGTON. The National Gallery of Art in Washington, DC, acquired a rare painting by Dutch artist Jacob Ochtervelt, “A Nurse and a Child in the Foyer of an Elegant Townhouse,” 1663). The work was bought by a London dealer Johnny van Haeften at Sotheby’s in New York for a record $ 4.4 million in January 2014. Two months later, he offered a painting at the TEFAF Fair in Maastricht for already 7. 5 million US dollars. Some sources report that the National Gallery paid a little over $ 5 million for the canvas. Naturally, museum officials did not comment on the value of the work, but a widespread statement said that the purchase was made with the "generous support of the Lee and Juliet Folger Fund." 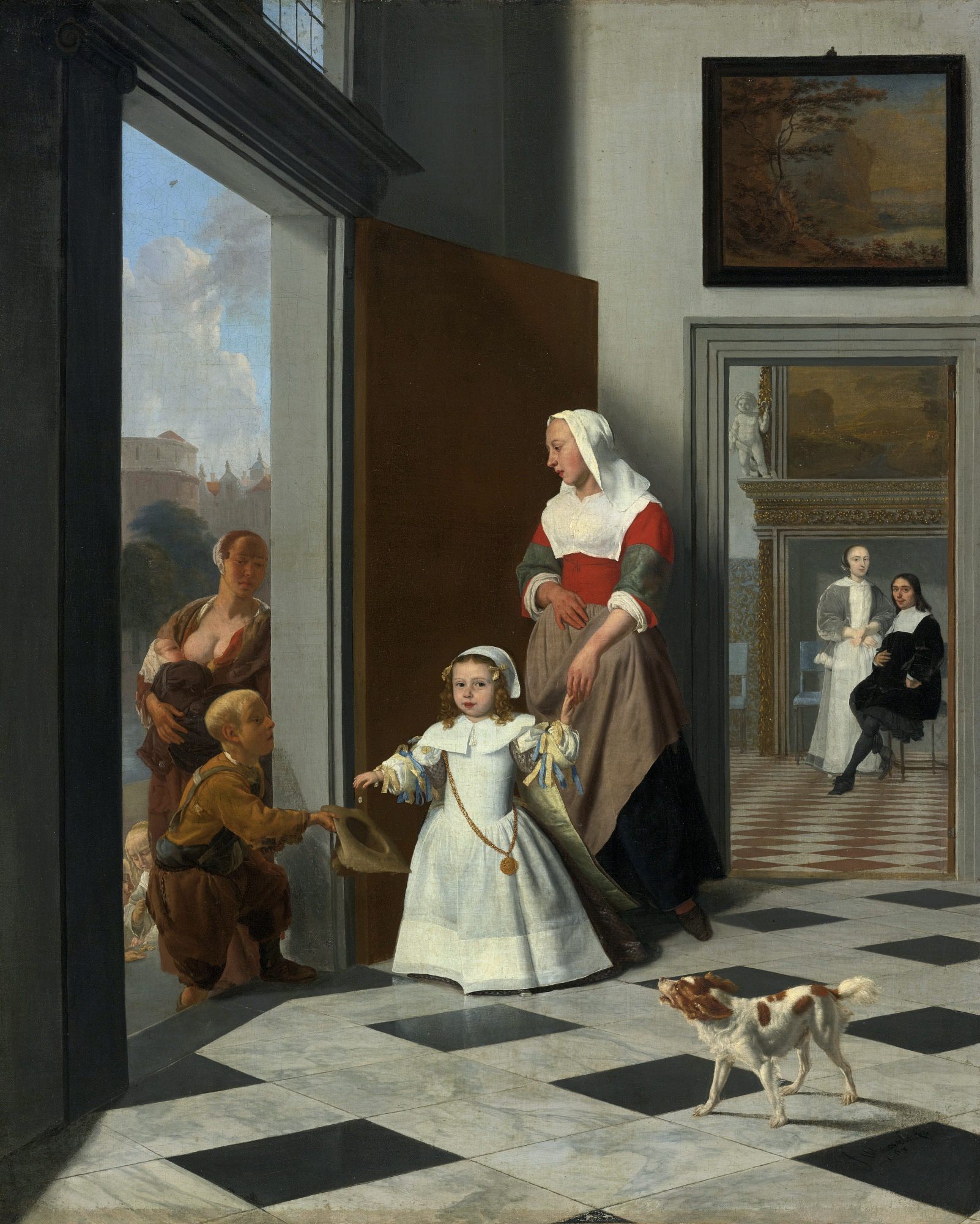 Jacob Ochtervelt - Nanny and child in the lobby of an elegant home. 1663

In the Ochtervelt painting, the child personifies mercy. Standing in the lobby of a wealthy Dutch house under the supervision of his nanny, a little boy dressed in an impeccably white outfit (typical of both daughters and sons of wealthy burghers) puts a coin in the beggar’s hat in tattered rags, accompanied by a mother with a newborn in her arms. In the next room we see rich parents who look at the viewer and seem to say: "This is the right way to raise a child."

Pictures of Jacob Ochtervelt are not so often found even in large public collections, he is much less known than his contemporaries. Therefore, the acquisition of this work will harmoniously complement one of the most powerful gallery collections in Washington - a collection of genre paintings by Dutch artists of the 1650s - 1660s, in which there are already works by Johannes Vermeer, Peter de Hooch, Gerard ter Borch and Gabriel Metsu. This is stated in a statement by museum director Earl A. Powell III (Earl A. Powell III). “Each of these artists depicted quiet moments of everyday life, which is always interesting to the viewer, not only because of the sensuality of human images, but also because of how the master managed to convey the play of light and color, the brilliance of fabrics.”

This picture first appeared on the art market in 1860 in Paris, where 610 francs were asked for it. The second time the work was presented at Sotheby’s auction in New York in January 2014 by a private collector, who, according to him, acquired it in 1982. The price of 4 421 000 US dollars is a record for the paintings of this artist.