It is a PVC baguette that is an excellent material for framing photographs, paintings, cartoons or drawings. It is characterized by lightness, durability, functionality, so every year the followers of this type of framework more and more. Wooden baguettes go out of fashion, and PVC frames become popular and popular, here You can see what beautiful, modern and diverse types of this material exist now. 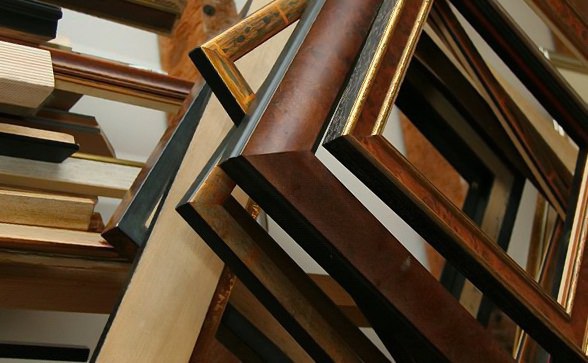 Polyvinyl chloride began its existence in the 19th century. In the distant 35 year of the 19th century, the famous chemist Regnald synthesized PVC, and already in the year 72 of the same century, the German Bauman, using various chemical experiments, received this material in powder form. Many decades passed, during which attempts were made to develop industrial production technologies. But only in 1912, the German scientist F. Clatte filed a patent for the manufacture of PVC.

In the period between the wars, experiments were carried out by large German companies over polyvinyl chloride. But also other powerful countries, such as France, the USA and England, did not miss the opportunity.

The “BASF” company, famous in those years, made a breakthrough revolution in the world economy, and until now this type of material is on the honorable 2nd place in the plastic market in terms of demand and distribution on the whole Planet. After the Second World War, our state began the production of this type of baguette, while borrowing technology from German manufacturers.

The raw materials needed to make the baguette are about half in chlorine and ethylene. Chlorine is extracted from rock salt, and ethylene is extracted from natural gas. As a result, a granular or powder product is obtained, it is used for the manufacture of diverse objects, it can be polystyrene or metal-plastic windows. After that, various modifiers and dyes are added to give the material the desired properties.

Then begins the use of machine tool equipment, where a line for the production of PVC material for frames is operating. The extruder consists of various machines. On average, the parameters of this line are as follows: the technological chain has a length of up to 35 m, a width of up to 3 meters. It is here that the material is heated, foamed and extruded, which at the beginning of the extruder looks like a shapeless sausage, but after this path becomes a beautiful baguette made of PVC.

When the material has acquired a curved shape, but still has no color, it is sent to the cooling stage, which occurs using running water. The extrusion production line looks like rolls of diverse shapes that have different purposes. Here, the baguette is given relief, applying a laminating film to imitate wood, marble or leather.

At the end of the work, the baguette is gilded or silvered, unless of course there is a need for it. Then the finished material is cut by an automatic circular saw and then the products are packaged. This type of production is the most common, because modern technologies for the manufacture of PVC baguette practically do not differ. The quality of such a framework depends directly on the use of the material, that is, each manufacturer changes the composition.

For example, large Chinese factories use high-quality polyvinyl chloride because they do not want to risk their reputation. And to reduce costs, small firms use recycled materials and convince buyers that this has a better effect on the baguette frame.

Baguettes made of polyvinyl chloride have a large number of advantages over aluminum, wood and other types of this material. They are appreciated for their durability, flexibility and excellent tolerance to temperature extremes, which is why frames for wall design are often made from them. They serve the owners for a long time and do not cause trouble. In addition, scientists have proved that baguettes of this type are environmentally friendly and do not produce various toxins, which is very important for human health. Also, such frames do not fade in the sun and retain their color for a long time.