The New Jerusalem Museum and Exhibition Complex and the Russian Academy of Arts, on the anniversary of the 1000th anniversary of the presence of Russian monasticism on Mount Athos, present the large-scale cultural project “AFON”. 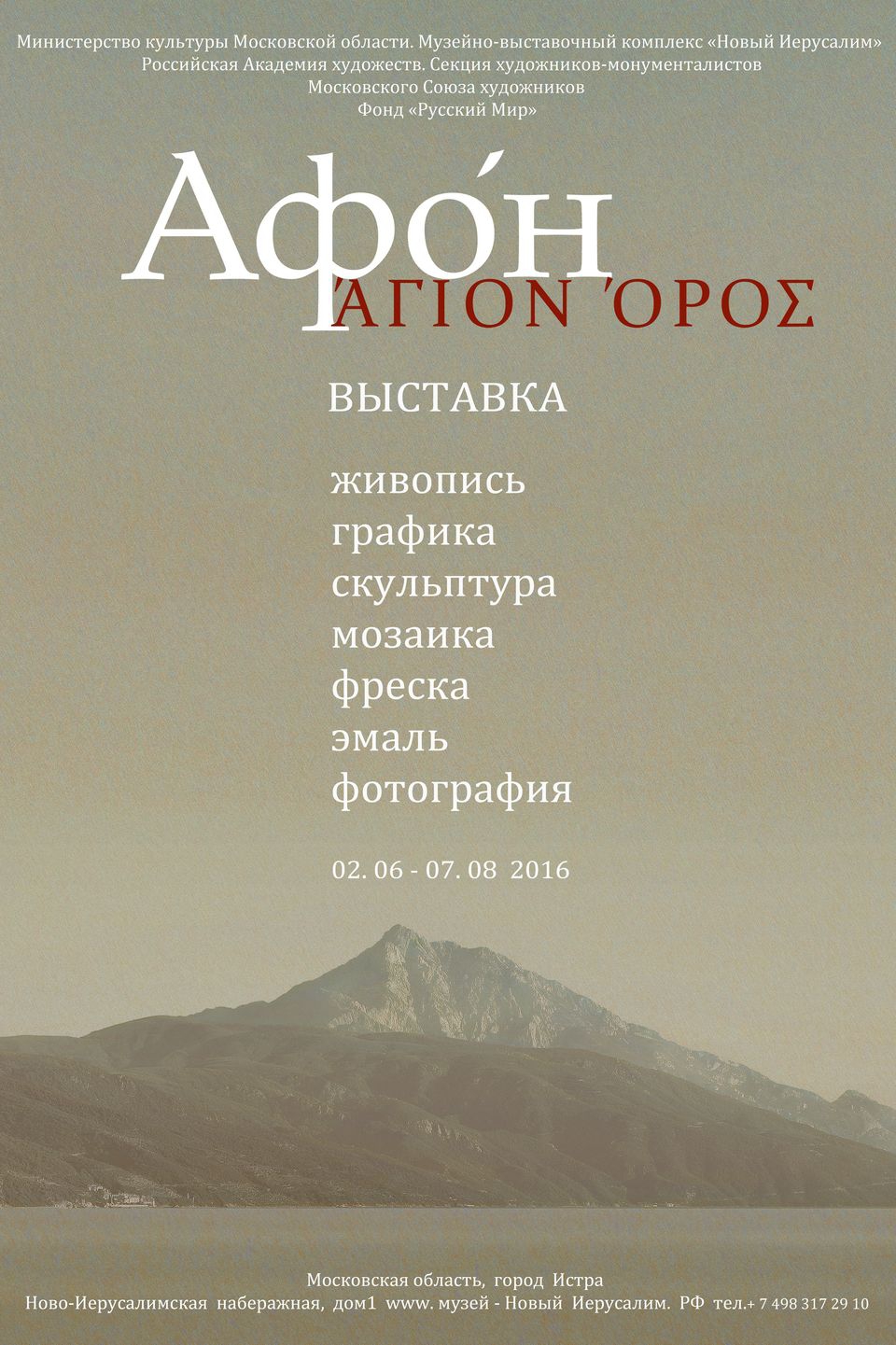 With the assistance of the Russkiy Mir Foundation, artistic plein airs of academicians of the Russian Academy of Arts were organized on Mount Athos. The authors of the project idea are brothers Ivan and Mikhail Masteropulo, the sons of the honored artist monumental artist Nikolai Masteropulo. In the Holy Kinot, a blessing was received from the proton of the Holy Mountain, Elder Simeon, to a series of creative trips in which outstanding modern masters, academicians of the Russian Academy of Arts took part. Later, this intention was blessed by the Patriarch of Moscow and All Russia, Cyril.

Traveling around Athos, talking with Athos elders and monks, prayer standing at divine services, the ability to bow to the great Orthodox shrines allowed to touch the monastic life, immerse yourself in its “sound”, atmosphere. Artists were shown unique places accessible only to monks. They were able to see the oldest murals and modern murals.

As part of the AFON exhibition project in the New Jerusalem Museum, viewers will be able to get acquainted with the works of academicians of the Russian Academy of Arts in a wide variety of techniques - graphic sheets in mixed media by V. G. Kalinin, pastels by V. A. Bubnov, enamels Z. K. Tsereteli, frescoes by E. N. Maksimov, watercolors by V. A. Kulakov, painting by N. V. Medvedev and V. N. Razgulin. The exposition will also feature sculptural compositions by G. I. Krasnoshlykov and S. A. Antonov.