The action "Star Hour" with the participation of Nadezhda Babkina

For its favorite viewers, the Russian Song Theater has prepared a pleasant surprise! Since the beginning of spring, an unprecedented Starry Hour action has been launched in the theater, thanks to which anyone can buy a ticket for a theatrical performance personally from the hands of their favorite artist, and even with his autograph. For one hour, the audience’s favorites will turn into cashiers selling tickets for productions of the Russian Song theater. 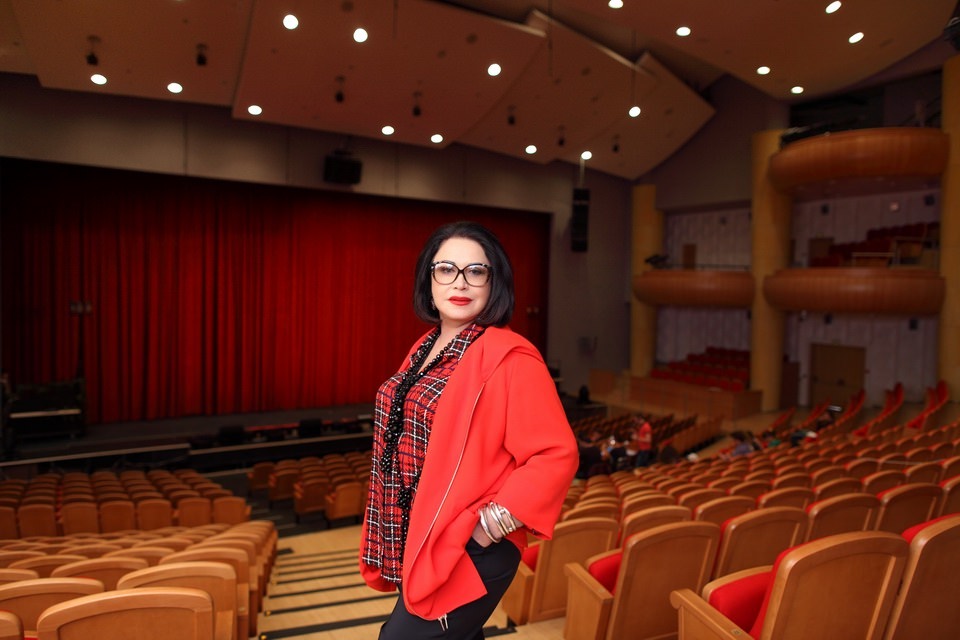 On March 3, the national artist of Russia Nadezhda Babkina will perform in a new role for herself - the cashier of her own theater. The artistic director of the “Russian Song” will personally sell tickets to everyone for an hour. It will be possible to buy tickets autographed by Nadezhda Babkina from her hands from 4:00 p.m. to 6:30 p.m. on the following productions: “Baboon riot on our collective farm”, “Night before Christmas”, “Russia, a word about you”, “Golden hits of Russian songs ””, “Fly-Tsokotuha and her friends”, “Cat’s house”, “He remembers the heart, will never forget!”.

“As regards the experiments, Nadezhda Georgievna never ceases to amaze,” acknowledges the famous director Nina Chusova, who staged two musical performances at the Russian Song Theater - Babyn Riot on Our Collective Farm and Night before Christmas. - Of course, this action will attract the attention of a large number of spectators who, perhaps, have not yet been in this theater. To stand up for the box office is, first of all, bold - not every national artist will decide on such a step. I myself am curious to observe and participate in this experiment. "

Since the premiere of the folk musical “The Night Before Christmas”, which took place on December 7, 2015, about thirty thousand spectators have already watched the performance. And the audience of the production of "Musical paintings based on the works of Mikhail Sholokhov" Baboon riot on our collective farm "(premiered on November 21, 2016) was more than seven thousand people.

“This is a very interesting undertaking,” says Boris Moiseev. - I admit, I often go to performances and concerts of the Russian Song Theater and I am always delighted! Every time I get a big emotional charge! I’ll be happy to stand at the box office so that as many people as possible can buy tickets and enjoy excellent performances. ”

“I even wondered what it was like to stand at the box office and sell tickets for performances,” says ballet dancer Anastasia Volochkova, who rehearses her dance numbers in one of the halls of the theater daily. - When Nadezhda Georgievna told me about this, I laughed for a long time, and then I realized - this is an interesting idea! Of course, I agreed to participate in this experiment. "

All spring, viewers can purchase tickets directly from the hands of famous artists with their autographs. Every week, a popular artist will work at the box office of the Russian Song theater, whose name will be announced a few days before his participation in Starry Hour.

Do not miss the opportunity to purchase a treasured ticket from a star!